Abu Dhabi is the political and industrial center of the federation, with an economy largely based on oil exports. The emirate, which has significant oil and natural gas reserves, is preparing the transformation of its economic model through the Abu Dhabi Economic Vision 2030 program, which is intended to move it towards an economy based on knowledge and innovation. Launched in February 2008, the Masdar city construction project is one of the pillars of this ambitious transformation and aims to position the city as a pioneer in renewable energy.

In this hypermodern metropolis that was still a desert a few years ago, soaring skyscrapers stand side by side with traditional places such as the Sheikh Zayed Grand Mosque. Louvre Abu Dhabi, inaugurated in 2017, marks Abu Dhabi’s desire to shine on the cultural scene and become a must-see tourist destination. 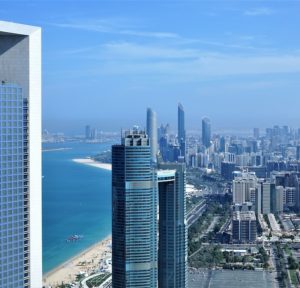