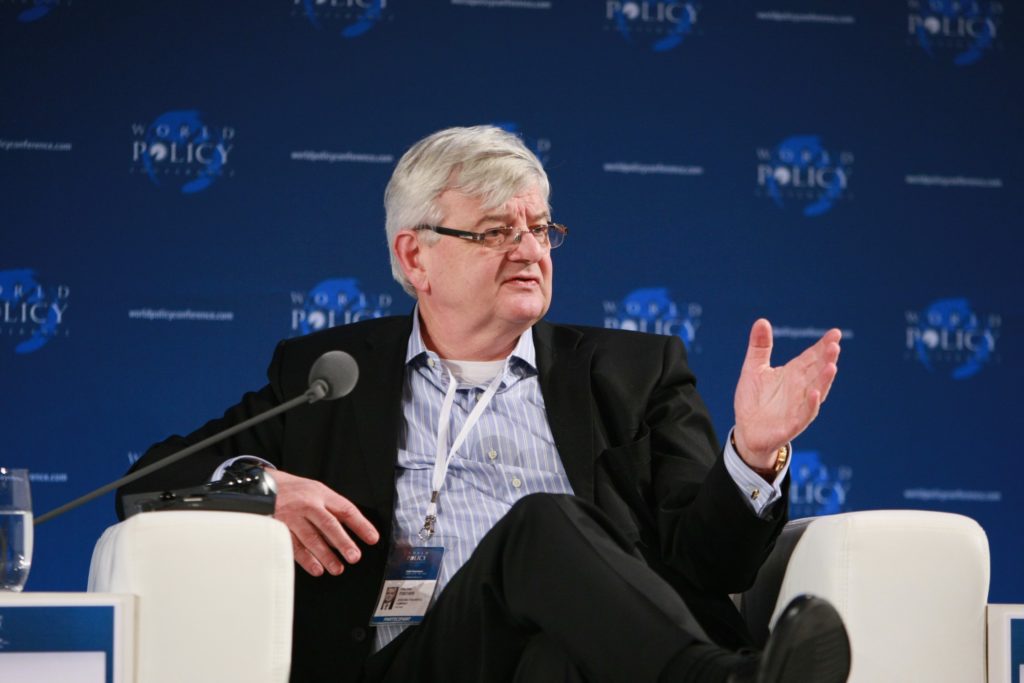 For the past 50 years, the West has clung to the hope that modernization would automatically transform China into a capitalist liberal democracy. For decades, maintaining this illusion was good for the bottom line, but now the implications of China’s ascendancy have become disturbingly clear.

BERLIN – The confrontation between China and the West is escalating almost daily. The conflict is about technology, trade, global market share, and supply chains, but also about fundamental values. Underpinning this economic and ideological competition is the goal of global predominance in the twenty-first century.

But why is the current escalation happening now? It is not as though the West suddenly had some epiphany about the implications of China’s rise. The fact that China is a Leninist one-party dictatorship is not news, and it did not stop Western countries – led by the United States – from steadily deepening their trade and economic ties with China since the 1970s.

Likewise, China’s leaders have long dismissed outside criticism of their human-rights record and oppression of minorities. Rampant industrial espionage and theft of Western technology and intellectual property are other well-known problems that the West has more or less tolerated for decades in exchange for access to China’s vast market and low-cost labor. Western governments and investors remained sanguine even after the 1989 Tiananmen Square massacre in Beijing. No sooner had the dust settled than Western businesses poured into the country like never before.

Through it all, Western leaders assumed that modernization and economic development would lead China eventually to adopt democracy, embrace human rights, and the rule of law. They were wrong. The Communist Party of China has evolved a novel hybrid development model consisting of a one-party dictatorship, a highly competitive economy, and a consumer society.

So far, this approach has been extremely successful. While political power has remained squarely in communist hands, almost everything else has been turned over to the forces of high-tech consumer capitalism. The Soviet Union could not have dreamed of such an innovation in political economy.

The results have been impressive – and, in many ways, unprecedented. Hundreds of millions of people have escaped absolute poverty and joined an ascendant middle class. Just one generation ago, China was a technological and scientific backwater. Today, it is a global leader in many of the critical sectors that will define the twenty-first century – digitalization, artificial intelligence, and quantum and super computers. With China now poised to leave the US behind in many of these domains, it is only a matter of time before it becomes the world’s leading economy across all the metrics that matter.

The reason why the Sino-American confrontation is escalating only now is relatively simple: the end is in sight for the West. Ever since the beginning of industrialization, the West has held an effective monopoly on global power. But now an Asian great power will soon bring an end to Western hegemony as we know it. This is not just about US President Donald Trump’s administration. The growing challenge to Western power will remain long after Trump is gone, and regardless of whether he is gone this November.

After all, while China has grown stronger, the leading Western power has become relatively weaker. The 2008 global financial crisis played a crucial role in altering both Chinese and global perceptions of the US model. Suddenly, the West’s vulnerabilities were laid bare for everyone to see. And now, the COVID-19 crisis is further exposing America’s weaknesses and domestic fault lines. The floundering US response to the pandemic will powerfully reinforce the global impression conveyed by the 2008 meltdown, as will its confused approach to China.

US policymakers have yet to reach a consensus on the role they would like to see China play internationally. Many in the US foreign-policy establishment want to prevent or delay China’s rise to economic and technological leadership. Yet it is too late for that. What would a containment strategy against a world-leading economy of 1.4 billion people even look like? It could not possibly succeed without inflicting serious damage on everyone else.

That said, it is equally clear that the Western strategy of adaptation, accommodation, and economic opportunism – an approach that has often bordered on naiveté – cannot continue. So, what is to be done?

For starters, the West must shed its illusions about China – both those based on strategic ingenuousness and those grounded in the power politics of a bygone era. The West will have to find a way to live with China as it actually is. That means finding a path between kowtowing and confrontation, with Western values and interests serving as the guide.

For example, trade with China must continue, but under new conditions. China’s ascendency is forcing Western countries to pursue their own industrial policies. Crafting them will require deciding which technologies to share and which direct investments from China to accept.