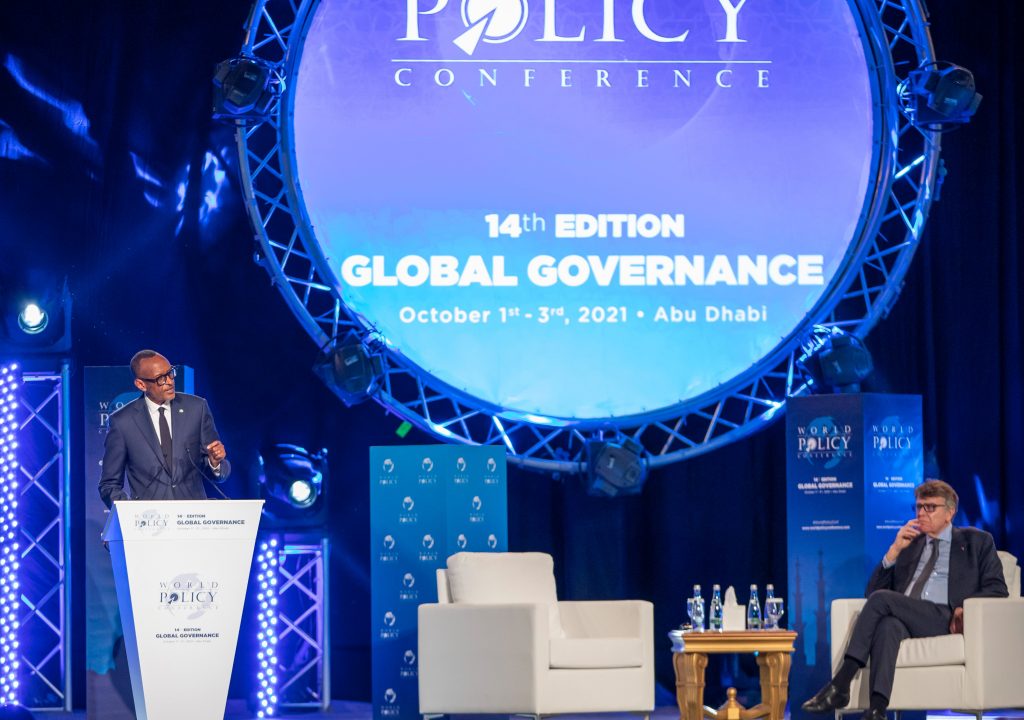 President Paul Kagame says that the African continent continues to be a victim of global power flex where the interests of the continent don’t count but rather those of rich or developed countries that wish to set the narrative.

Speaking at the World Policy Conference in Abu Dhabi, United Arab Emirates (UAE) on Friday, the Head of State said that the past two years have been particularly consequential, with the Covid-19 pandemic exposing the stark inequality between countries and continents.

“The Covid pandemic is unprecedented, but it has exposed weaknesses, in both the national and global systems, that have been there all along. This includes insufficiencies in both public health and governance,”

“The crisis has also revealed, quite starkly, the economic and power imbalances within the international community,” President Kagame said.

He pointed out that while major powers work to contain and constrain each other, Africa is at the receiving end, in all senses.

“That means, of course, that when vaccine supplies are scarce, Africa is last in line to get doses,”

“Africa is also, almost as an afterthought, attacked for all sorts of things, in the name of so many things including democracy, human rights, as if these concepts or values are totally foreign to Africa,” President Kagame said.

He pointed out that when it comes to international relations, Africa serves as a foil for the importance of universal values, precisely because so many states outside of Africa continue to fall short themselves.

President Kagame said that the unspoken assumption is that only rich countries and their political elites have interests while poor countries should allow their interests to be looked after by others. 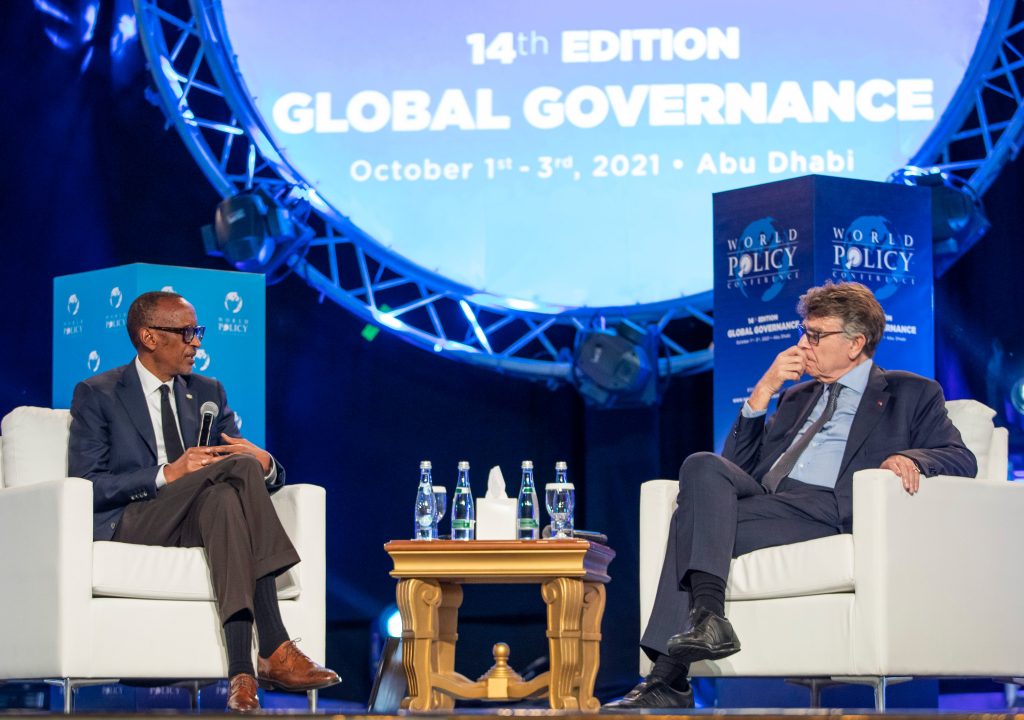 “The rights and well-being of ordinary people are completely forgotten. We cannot talk about a theoretical democracy that is not built on what the actual citizens of that place desire for themselves, their families, and their societies,” President Kagame said.

“That’s the confusion, in some cases, for example, of contemporary liberal democracy with its singular emphasis on individual freedoms, identities, and desires, even at the expense of the common good,” he added.

He however added that this is not to say that there are no serious shortcomings in Africa.

“Like elsewhere there is a lot to address in Africa. That is not the point at all. But the double standards and hypocrisy that consistently applied to Africa, show that something else is going on,” he said adding however that where the main global players have stuck to certain principles, things can and do work.

Regarding the Covid-19 outbreak, President Kagame said the continent seems to be turning a corner on the pandemic, despite obstacles, including low vaccination levels.

“For example, COVAX was supposed to be a solution to assist low-income countries to get access to vaccines and therapies. But Covax could not compete with wealthy countries for supply, and we saw examples of hoarding,”

“In actual fact, the rich countries are the ones who are offering vaccine doses through COVAX. To add insult to injury, we now see some travel restrictions based on where people were vaccinated, even though the vaccines themselves are exactly the same,”

President wondered how the world today is moving to the question of where you’re vaccinated and “something else that’s about to come or is slowly coming”, which is what type of vaccine one has taken.

This follows emerging reports that several countries will consider people vaccinated on the African continent ‘unvaccinated’, a move that has infuriated many and raised questions.

Regardless of that, President Kagame said that there is progress and access to vaccines has begun to increase, both through donations and doses countries purchase themselves.

“In Rwanda, we have administered more than 2 million doses, and 90% of residents of cities, especially the capital, Kigali, have received a dose,”

“We are also cooperating with various commercial and development partners to launch an ambitious program to manufacture vaccines and other pharmaceuticals for the African market, beginning next year,” President Kagame said. 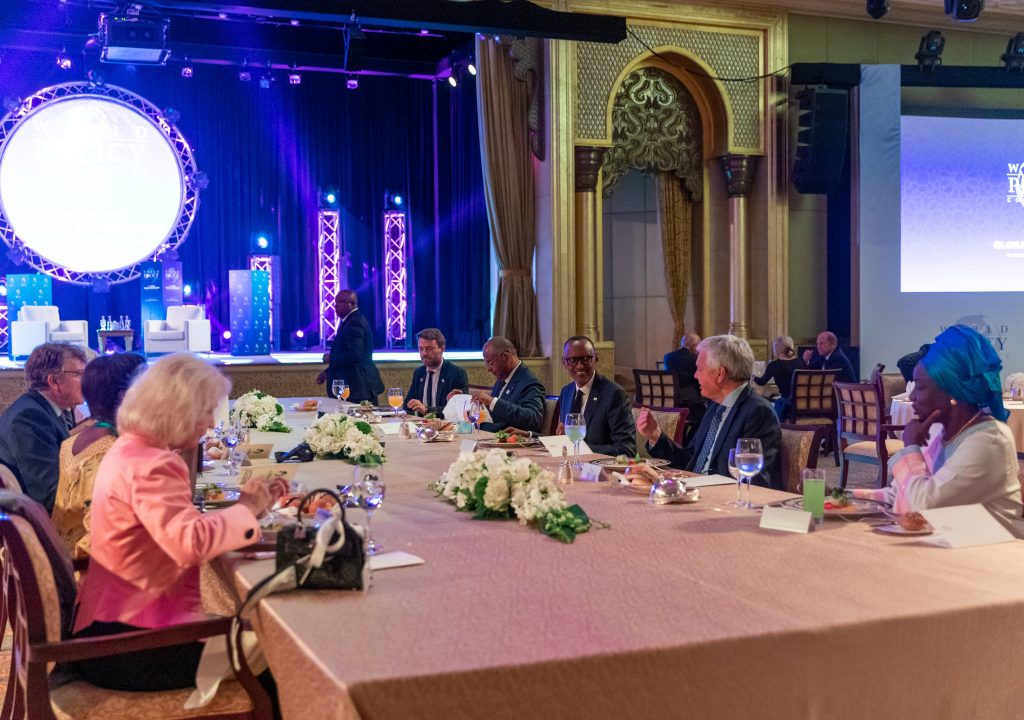 He said that though things could have been better, the cooperation that has been there is worth appreciating.

During the conference, President Kagame said that another area where good partnerships can produce results is in the fight against insecurity, terrorism, extremist ideologies, including genocide ideology.

“There are cross-border challenges that require close cooperation. Rwanda’s engagement in peacekeeping and peacebuilding missions in Africa falls under this rubric,”

“Islamist insurgents are now on the run, in northern Mozambique in the province of Cabo Delgado, because of a good program of cooperation between Rwanda’s Defence Forces, and those of Mozambique and the region,” he said.

Similarly, he said that Rwanda’s commitment to the Central African Republic, which is both bilateral and multilateral, through the United Nations, aims to create the space for the country to chart its own path to political reconciliation, peacefully.

“The next step is to consolidate the gains and focus on providing services and guaranteeing rights for citizens,” he said. 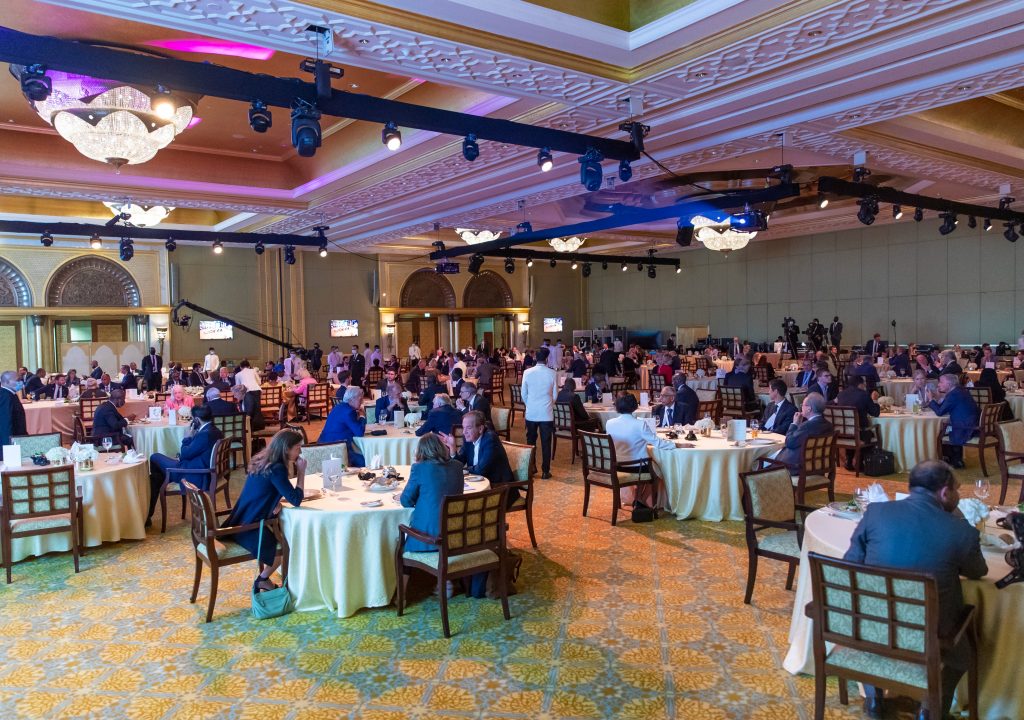