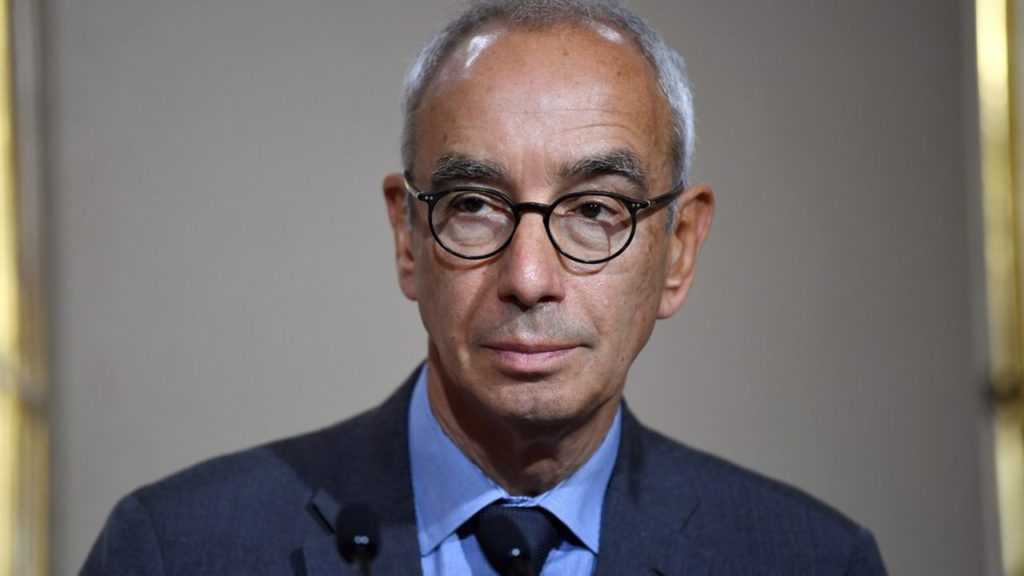 If US President Donald Trump loses November’s election, he will most likely leave an insignificant imprint on some parts of the global economic system. But in several others – especially US-China relations – his term in office may well come to be seen as a major turning point.

PARIS – It would be foolish to start celebrating the end of US President Donald Trump’s administration, but it is not too soon to ponder the impact he will have left on the international economic system if his Democratic challenger, Joe Biden, wins November’s election. In some areas, a one-term Trump presidency would most likely leave an insignificant mark, which Biden could easily erase. But in several others, the last four years may well come to be seen as a watershed. Moreover, the long shadow of Trump’s international behavior will weigh on his eventual successor.

On climate change, Trump’s dismal legacy would be quickly wiped out. Biden has pledged to rejoin the 2015 Paris climate agreement “on day one” of his administration, achieve climate neutrality by 2050, and lead a global coalition against the climate threat. If this happens, Trump’s noisy denial of scientific evidence will be remembered as a minor blip.

In a surprisingly large number of domains, Trump has done little or has behaved too erratically to leave an imprint. Global financial regulation has not changed fundamentally during his term, and his administration has flip-flopped regarding the fight against tax havens. The International Monetary Fund and the World Bank have carried on working more or less smoothly, and Trump’s furious tweeting did not prevent the US Federal Reserve from continuing to act responsibly, including by providing dollar liquidity to key international partners during the COVID-19 crisis. True, Trump has repeatedly spoiled international summits, leaving his fellow leaders flummoxed. But such behavior has been more embarrassing than consequential.

But, Trump will be remembered for his trade initiatives. Although it has always been difficult to determine the real aims of an administration beset by infighting, three key goals now stand out: reshoring of manufacturing, an overhaul of the World Trade Organization, and economic decoupling from China. Each objective is likely to outlast Trump’s tenure, at least in part.

Reshoring looked like a costly fantasy four years ago, and it still is in many respects. As my Peterson Institute colleague Chad Bown has documented, Trump’s chaotic trade war with the world has often hurt US economic interests. But reshoring as a policy objective has gained new life after the pandemic exposed the vulnerability entailed by depending exclusively on global sourcing. Biden has endorsed the idea, and “economic sovereignty” – whatever that means – is now a near-universal new mantra.

US Trade Representative Robert Lighthizer claims that a “reset” of the WTO has been a high priority for the administration. If so, it has made some headway. The other G7 countries now share the long-standing US dissatisfaction with the WTO’s leniency toward China’s government subsidies and weak intellectual-property protection. There is also a recognition that some US grievances against WTO dispute-settlement procedures (and in particular the so-called Appellate Body) are valid. But whether the battle ends with a reset or the deconstruction of the multilateral trading system remains to be seen.

The major watershed is US-China relations. Although bilateral tensions were apparent before Trump’s election in 2016, nobody spoke of a “decoupling” of two countries that had become tightly integrated economically and financially. Four years later, decoupling has begun on several fronts, from technology to trade and investment. Nowadays, US Republicans and Democrats alike view bilateral economic ties through a geopolitical lens.

It is not clear whether Trump merely precipitated a rupture that was already in the making. He is not responsible for Chinese President Xi Jinping’s authoritarian assertiveness, and he did not devise the Belt and Road Initiative, China’s massive transnational infrastructure and credit program. But it was Trump who ditched his predecessor Barack Obama’s carefully balanced China strategy in favor of a brutally adversarial stance that left no scope for events to take a different course. Whatever the cause of decoupling, there won’t be a return to the status quo.

A Biden administration would also not find it easy to achieve its goal of restoring ties with US allies, like-minded democracies, and partners around the world. Until Trump’s presidency, much of the world had become accustomed to regarding the US as the main architect of the international economic system. As Adam Posen, also of the Peterson Institute, has argued, the US was a sort of chair-for-life of a global club whose rules it had largely conceived, but still had to abide by. The US could collect dues, but was also bound by duties, and had to forge a consensus on amendments to the rules.

Trump’s trademark has been to reject this approach and treat all other countries as competitors, rivals, or enemies, his overriding objective being to maximize the rent that the US can extract from its still-dominant economic position. “America First” epitomizes his explicit promotion of a narrow definition of the national interest.

Even if the US under Biden were willing to make credible international commitments again, its outlook may change lastingly. The former Trump adviser Nadia Schadlow recently argued that Trump’s tenure will be remembered as the moment when the world pivoted away from a unipolar paradigm to one of great-power competition.

It is by no means obvious that if Biden wins, he will be able to restore the trust of America’s international partners. For all its aberrations, Trump’s presidency may indicate a deeper US reaction to the shift in global economic power, and reflect the American public’s rejection of the foreign responsibilities their country assumed for three-quarters of a century. The old belief among US allies and economic partners that Americans will “ultimately do the right thing,” as Winston Churchill reputedly said, may be gone.

In any event, Trump’s peculiar behavior has made it easy for America’s allies to postpone hard choices. That seems particularly true of Europe. A Biden-led US might seem like a familiar partner to most European leaders. But if it asked them to take sides in the confrontation with China, Europe would no longer be able to put off its own moment of decision.