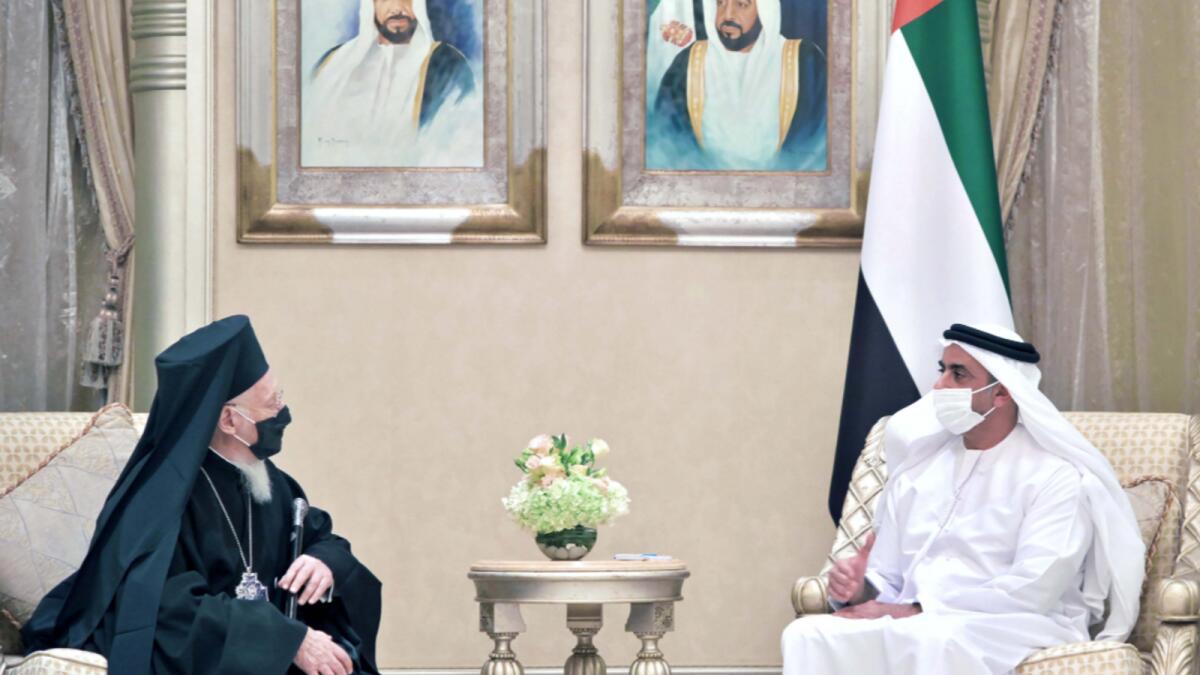 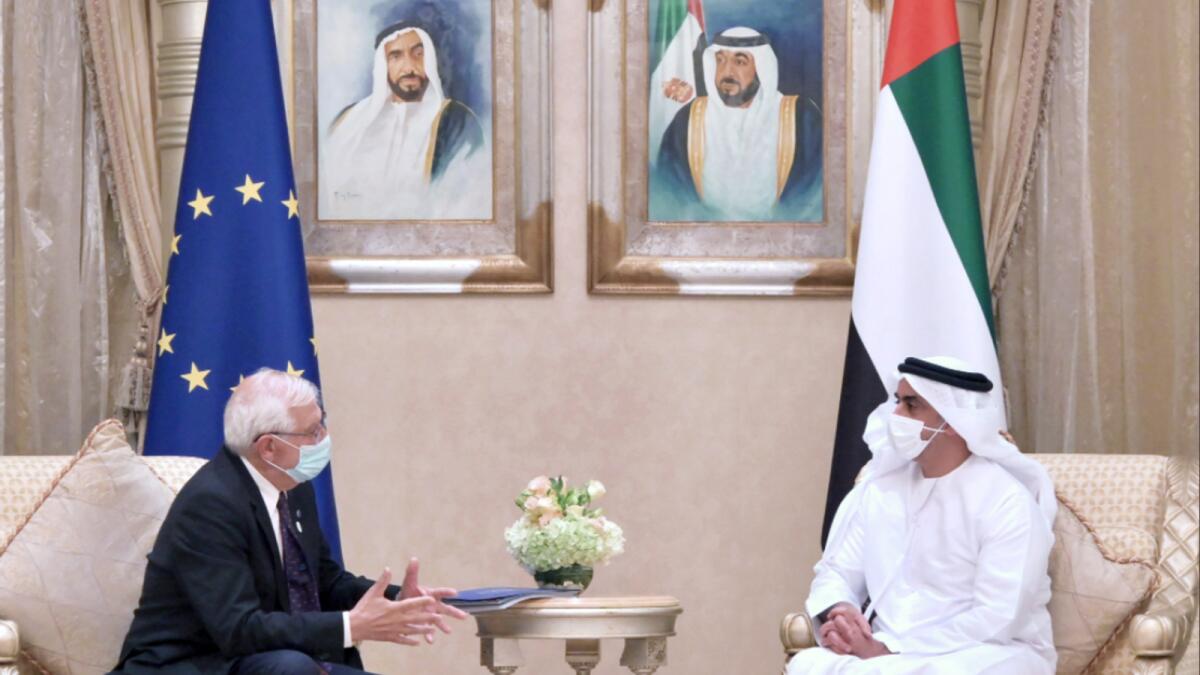 Lieutenant-General Sheikh Saif bin Zayed Al Nahyan, Deputy Prime Minister and Minister of the Interior, met in Abu Dhabi with the EU’s High Representative for Foreign Affairs and Security HR Josep Borrell; and the Ecumenical Patriarch Bartholomew I, Archbishop of Constantinople, who are both participating in the 14th World Policy Conference (WPC) hosted by Abu Dhabi.

During the meeting, Sheikh Saif welcomed the state’s guests and wished them successful participation in the conference.

“Multiplicity and diversity of intellectual, cultural, political and dialogue forums is one of the civilisational manifestations that characterise advanced societies, which enhances their thought, culture and awareness of the challenges of the present and the future,” he said.

Sheikh Saif exchanged views with the guests over the themes and main issues addressed by the WPC and the importance of finding solutions and putting forward visions and ideas on many issues relevant to the future of societies.

Read the article on the Khaleej Times