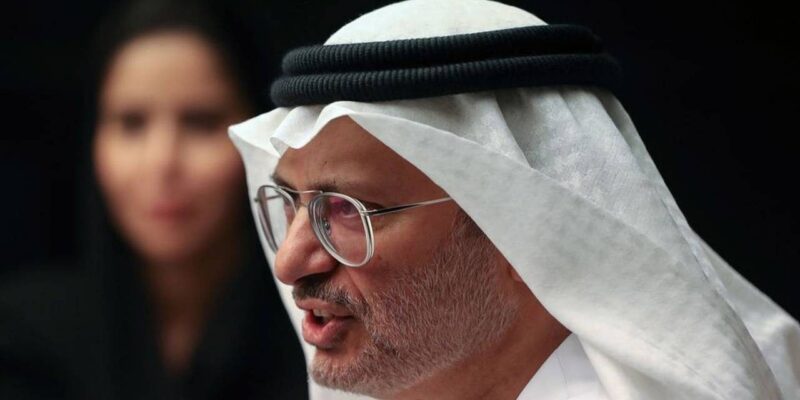 UAE officials are concerned about the tension between the US and China.

Currently, the UAE is eyeing the Taliban’s return to power after talks between Iran and global powers over the 2015 nuclear deal and the withdrawal of US forces from Afghanistan.

The United Arab Emirates (UAE) is trying to handle any new confrontation between Turkey and Iran (Turkey-Iran) through dialogue. Anwar Gargash, diplomatic advisor to the President of the UAE, has warned the world that the situation between the US and China will have an impact on the region.

In a conference, he said that his country is engaged in improving the condition of its economy after COVID-19. He told that there has been concern about American commitment to this region and the looming Cold War between America and China. The Gulf country UAE has strong economic ties with China and strong military ties with the US.

Watching the situation in Afghanistan

At present, the UAE is eyeing talks between Iran and global powers over the 2015 nuclear deal and the Taliban’s return to power after the withdrawal of US forces from Afghanistan. We will see what is really happening in this area with the steps of America. I don’t think we know right now but Afghanistan is definitely a challenge and certainly it is a worrying situation.

Speaking at the World Policy Conference, he said, “We need better management in our region because there is a vacuum and whenever such a situation arises there is trouble.”

The need to advance peace

By engaging with Iran and Turkey, the UEA seeks to de-escalate tensions in the region, which had once moved towards controlling the influence of these countries in conflicts in Yemen, Libya and other regions of the region. Gargash said that Turkey has recently re-examined its policies with Egypt, the Brotherhood and Saudi Arabia and other countries, which is welcome and I think we are in the middle and it is very important to expand it.

Worried about the gravity of the situation

He said that Turkey is very positive about what we are telling them. But am I very positive that Iran will also change its position? So I have to say yes I am a realist. I can say with certainty that Iran is also concerned about this emptiness and the seriousness of the situation.

The President’s adviser said that the Corona epidemic has put non-political priorities at the fore and now the biggest concern is about America and China. Everyone is worried about the looming cold war. This is bad news for all of us because choosing one is the problem in the international system and I don’t think it’s going to be easy.

Read the article on News NCR