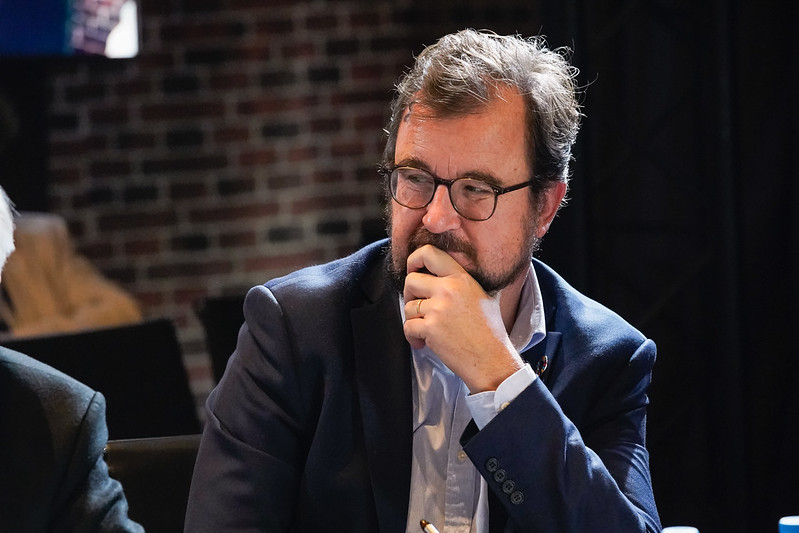 Far from being a purely technical matter, assessing firms’ non-financial performance is a deeply political issue. Europe’s inclusive governance model may give it a competitive edge in shaping global environmental, social, and governance regulations for firms and investors.

PARIS – Finance is evolving in a more sustainable direction, and just in time. Pension funds, insurance companies, and sovereign wealth funds have made multiple commitments on climate change, biodiversity, and economic inclusion. In each case, the aim is to treat finance as a tool, not an end in itself, and to adopt objectives that go well beyond financial returns.

Today, more than $40.5 trillion globally is invested according to environmental, social, and governance principles. But who defines what constitutes an ESG investment, and how far can we trust ESG statements issued by corporations? We need a set of genuinely global ESG standards – and Europe can, and should, play a leading role in formulating and implementing them.

Far from being a purely technical matter, assessing firms’ non-financial performance is a deeply political issue. The first step is the choice of indicators to measure a company’s environmental or social performance. Then there is the question of establishing baseline ESG standards that Europe, the United States, or China will require from all firms that want to do business in their market, as well as a frame of reference that will directly influence financial and investment flows.

Designing such indicators is an invaluable instrument for building sovereignty. Europe, in many respects a global leader in the environmental and social domains, should therefore seize the opportunity, and advance the case for a different kind of sovereignty that serves as a launchpad for global initiatives.

Since French President Emmanuel Macron advocated building European sovereignty in a 2017 speech, the European Union’s view on the issue has evolved significantly. Nowadays, member states are far less ambivalent about defending European sovereignty, whether in response to emerging digital monopolies, the economic risks of Brexit, or the public-health threat posed by COVID-19.

To safeguard its model and values, Europe can no longer just respond to events, but needs to be proactive in identifying and initiating measures that will spread beyond its borders. Assessing corporations’ non-financial performance can form part of a more assertive sovereignty that also enables Europe to address equally urgent issues such as climate change, social problems, and shifting geopolitical alignments.

For example, the EU has set itself far-reaching environmental goals, starting with achieving carbon neutrality no later than 2050. To that end, it recently developed a so-called green taxonomy, a standardized classification that enables assessment of the sustainability of 70 economic activities that together account for 93% of the EU’s greenhouse-gas emissions.

On the social front, the EU established the Charter of Fundamental Rights in 2000, and in 2017 proclaimed the European Pillar of Social Rights – granting its citizens new and more effective means of ensuring equal access to the labor market, fair working conditions, and increased social protection. And in October 2020, the European Commission proposed an EU directive to ensure adequate minimum wages for workers in member states.

But here, too, Europe is trapping itself in a defensive situation. Although Europe is protecting its sovereignty by building such an environmental and social framework, it has no desire to introduce these ideas elsewhere. But in a global economy where each country is trying to shape standards to its own advantage, the key is not merely to defend a model, but to present it to the world as a basis for further discussion.

Since its inception, the EU has frequently been criticized for its sluggishness and bureaucratic red tape. But in a union of 27 sovereign states, every decision is necessarily the result of negotiation and compromise. Moreover, decisions about what constitutes good or bad behavior relative to a norm should not be made lightly. Ironically, therefore, Europe’s inclusive governance model may give it a competitive edge in shaping global ESG standards.

With its large and prosperous single market, high savings rate, and powerful financial sector, Europe can potentially influence these standards through what Zaki Laïdi calls “norms over force.” This is the exact opposite of traditional political and military power, or, as Laïdi puts it, the “ability to produce and set up a worldwide mechanism of norms able to structure the world, to curb unruly behavior from entering players, to offer those who abide by the rules, particularly the less powerful, ample opportunity to make the norms stand against all, including the powerful.”

Furthermore, because measuring non-financial performance goes well beyond simple accounting, the transition to a more ecologically and socially sustainable capitalism through participants’ transparency and shared responsibility may become the polestar of a new European identity.

At a time when Europe is seeking to outgrow its internal political divisions, the EU has an opportunity to reiterate its environmental and social values without requiring member states to support a particular economic model, but rather by simply sticking to a results-based approach. Despite their historical and cultural differences, member states have many shared values that enable them to agree on the basics on issues such as gender equality or environmental protection.

One of the founding fathers of European integration, Jean Monnet, believed that sovereignty declines when it is entrenched in old patterns. Having designed a sovereignty that differs fundamentally from previously tested governance models, the EU must now demonstrate its vitality by extending its power beyond its single market.

More than any other jurisdiction, the EU should embrace new norms, not fear them. By requiring an evaluation of a firm’s environmental and social impact before granting access to its market, the EU would have a unique opportunity to assert both the singularity and the extent of its sovereignty.

In doing so, Europe would contribute to a necessarily global debate regarding the transition toward a sustainable, resilient, and inclusive capitalist economic model. This goal was implicit in the Sustainable Development Goals and Paris climate agreement that the world adopted in 2015. We now have a duty to make it overt.

Read the article on Project Syndicate.