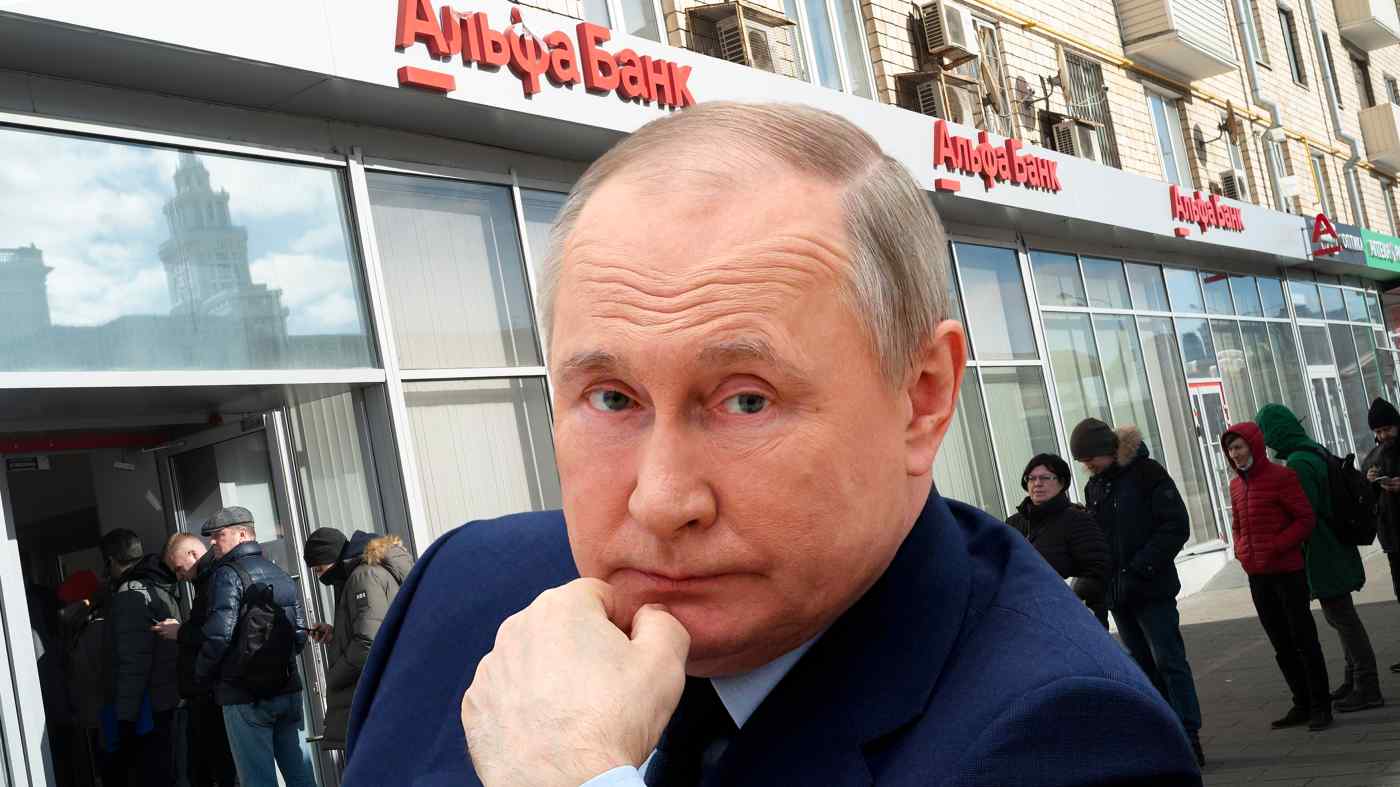 Western sanctions targeting everything from Russia’s banks to the nation’s key energy sector could push President Vladimir Putin ever closer to Beijing. (Source photos by AP)

TOKYO — Russia has been hit hard by Western sanctions in the wake of its invasion of Ukraine, sparking fears the nation will grow increasingly dependent on China.

With the U.S. and many European countries apparently ready to target all aspects of Russia’s economy to pile pressure on President Vladimir Putin, the world order could shift as a weakened Moscow moves ever closer to Beijing.

That potential realignment has been stoking worries around the world.

U.S., European and Asian policymakers gathered in New Delhi last month to discuss pressing geopolitical issues at the Raisina Dialogue. Ursula Gertrud von der Leyen, president of the European Council, and senior U.S. government officials were among those calling for stronger pressure against Russia, repeatedly urging India and other countries to do more.

But, according to participants, there have also been growing concerns in the West that such moves would drive Russia to become a junior partner to China, or a kind of subordinate neighbor. 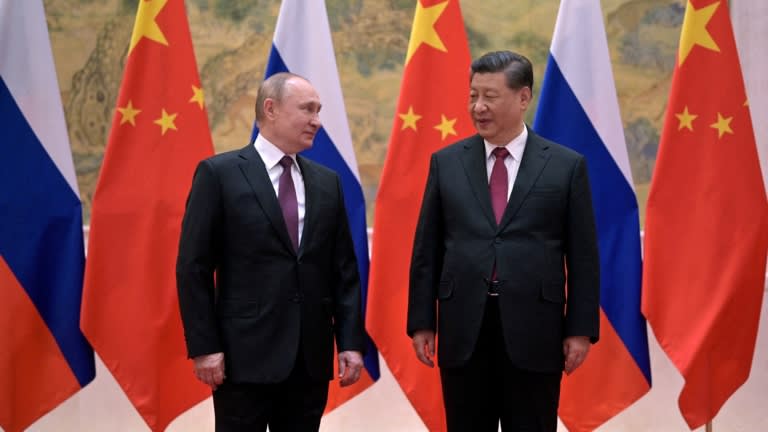 The power balance between the two is already far from equal. Russia’s gross domestic product is just one-tenth of China’s. Russia sends about 15% of its exports to China, while relying on its neighbor for around 23% of its imports, according to the Observatory of Economic Complexity, an American research group.

Even closer ties between Beijing and Moscow could be a bigger concern for the rest of the world than even the « axis of evil, » a term used by former U.S. President George W. Bush in reference to North Korea, Iran and Iraq under the leadership of Saddam Hussein. That is because Russia has a large number of nuclear missiles and a hefty capacity for cyberattacks.

In addition, Moscow’s diplomatic influence cannot be taken lightly. When the United Nations General Assembly voted in April on whether Russia should be suspended from the U.N. Human Rights Council, 93 countries voted in favor and 82 abstained or voted against.

If Russia becomes subordinate to China, its pride as a big power will be wounded and it could start to suffer a sense of inferiority, said a European government official long involved in policy toward Moscow. It could deepen Russia’s feeling of paranoia toward the Western bloc, making it more belligerent and unpredictable, the official said.

Russian subordination to Beijing would also bring major changes to the rivalry between the U.S. and China. With the eastern part of Eurasia under its influence, China would quickly extend its sphere of interest over Central Asia and Afghanistan.

British political geographer Halford Mackinder called Central Asia and Afghanistan « the Heartland » about a century ago, forecasting that a country controlling the area would dominate the whole of Eurasia and the world.

Britain and Russia vied for control over the region in the 19th and early 20th centuries. When it comes to the current Sino-U.S. competition for global hegemony, Russia’s subservience would help China bolster its position.

The security of Asia would be greatly affected as well. For example, China would likely call for more cooperation from Russia over the questions of the Senkaku Islands and Taiwan.

The Putin administration has so far tried to maintain a neutral stance on the Senkaku and Taiwan issues, according to an expert on Russian diplomacy. That is because Russia wants to avoid confrontation with Washington or Tokyo over Chinese disputes.

But there is no guarantee that Russia would remain neutral if it becomes more subordinate to China. Although direct Russian military involvement in disputes involving the Senkakus and the Taiwan Strait is unlikely, the nation could indirectly disturb Japanese and U.S. operations in favor of China.

« We have to be more alert about Russian moves [than before] in case of an emergency in Asia, » said a Japanese government official in charge of security. With regard to how Russia is managed, the Putin administration is making the country more like a giant version of North Korea — with both nations relying on nuclear weapons for their security. Putin has been consolidating his personal power, though not to the same extent as North Korean leader Kim Jong Un.

Putin’s Russia repeatedly threatens the use of nuclear weapons because it is no match for the U.S. in terms of conventional arms. As is the case for North Korea, Russia is likely to reinforce this tendency.

All this does not mean that Western countries should soften their stance on Russia’s continuing invasion of Ukraine. In the short term, the invasion should be forced to end in failure by maximizing sanctions on Russia.

To prevent Moscow from becoming subordinate to China, however, nations should leave room for rebuilding relations with a post-Putin Russia. They should maintain connections with Russian politicians who remain aloof from Putin, while boosting efforts to provide the Russian public with accurate news and information.

Putin should be brought to bay. But, at the same time, it is imperative to avoid permanently darkening the geopolitical map.

Read the article on the website of Nikkei Asia