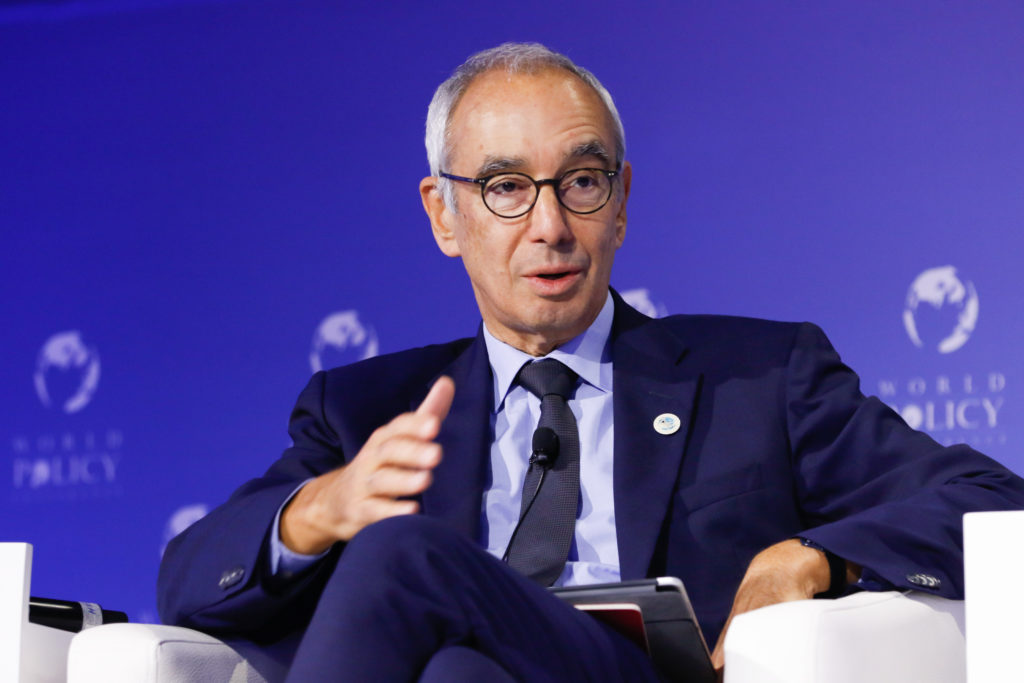 The appearance of mutant versions of the coronavirus in the United Kingdom, South Africa, and Brazil has given the world no choice but to design and implement a comprehensive global strategy. So, what’s stopping that from happening?

PARIS – Seen from Europe, Asia, or even North America, Manaus, the capital of the Brazilian state of Amazonas, is as remote as can be. Yet the 501Y.V3 variant of the coronavirus recently detected there has already been identified as a global threat, because its emergence in a city where two-thirds of the population was already infected in the spring of 2020 suggests that acquired immunity does not protect against it.

Scientists speculate whether 501Y.V3 may also thwart some of the existing vaccines. Even if the RNA-based vaccines can be quickly modified, the risk of ineffectiveness just when mass vaccination is being rolled out is extremely scary.

Viruses, of course, mutate all the time. While many mutations are innocuous, dangerous ones regularly appear. The larger the population that is infected at any time, the higher the probability that a hazardous variant, or possibly a new strain, will appear. Each person is a potential lab for these mutations. With some 600,000 new coronavirus infections identified daily, there are currently several million such labs in operation around the world. So it is a certainty that more mutations will occur.

This threat confronts the international community with a stark choice: either design and implement a comprehensive global strategy, or seal borders and let countries fight it out with the virus one by one. There is no effective middle way. The prevailing combination of vaccine nationalism and half-open borders is a losing strategy. In an open world where rich countries would attempt to protect their populations while poorer countries could not, contamination would repeatedly cross borders and defeat the most sophisticated health policies. Already, the South African and Manaus variants have been found in Germany.

On paper, the choice between acting globally and closing borders is a no-brainer. The total population of countries categorized by the World Bank as low-income and lower-middle income is about four billion. Assuming a $10 unit price, vaccinating 75% of this population would cost $30 billion, a mere two-hundredth of the crisis-induced fiscal loss already incurred by advanced economies. Even from a narrow economic standpoint, and even if ten times more expensive, investment by rich countries in curbing the pandemic in poor countries would be hugely profitable. The alternative of closing borders altogether to contain contamination would send a terrible signal and destroy prosperity on a massive scale.

Conscious of the challenge, rich countries actually support a program of this sort, though on a much smaller scale. The COVAX initiative, launched in April 2020 by the World Health Organization, the European Commission, and France, is meant to help participating states jointly negotiate procurement with vaccine producers, and to donate to poor countries enough free doses to vaccinate 20% of their population. Although this is insufficient to control the virus’s spread, it would be good enough to protect the elderly and health-care workers, and it would represent a significant stepping-stone to further action.

By the end of 2020, COVAX had raised $2.4 billion and pre-ordered enough doses to vaccinate a billion people in 2021, but it was still at pains to raise the additional $5 billion needed to finance its rather unambitious program. Under President Donald Trump, the US had refused to provide support. Moreover, vaccine manufacturers favor more profitable rich-country markets, where governments are willing to pay a premium to accelerate the supply of doses.

Not surprisingly, WHO Chief Tedros Adhanom Ghebreyesus recently warned that the world was “on the brink of a catastrophic moral failure.” But, alongside the moral failure, what is puzzling is the collective action failure this behavior represents. Self-interest, not just a sense of duty, dictates that rich countries should do more. Why aren’t they?

The first reason is short-sightedness. At home, too, governments are not doing enough. In Europe, investment in vaccine research and development has fallen short of the $18 billion the US has devoted to Operation Warp Speed. Oddly, the European Union’s €390 billion ($473 billion) in grant-making resources administered by the bloc’s Recovery and Resilience Facility does not include joint funding for vaccine research.

The second reason is the traditional temptation to free-ride on others’ efforts. Rich-country governments have strong incentives to protect their citizens, but support to poor states is vulnerable to free-riding, as each player’s interest is to let others pay for the common good. For example, Trump announced that he was withdrawing the US from the WHO at the very moment when joint action was urgently needed. Add to that China’s shirking of its global responsibilities, and international leadership has been dramatically absent since last spring.

The third reason is messy governance. The global health field is complex, scattered, and characterized by institutional overlap. Because the WHO is widely regarded as an ineffective and politicized institution, initiatives have developed on the side, with private donors such as the Bill & Melinda Gates Foundation, governments, and public agencies cooperating ad hoc to develop a flurry of initiatives. The resulting funding map defies imagination. This was fine as long as tackling emerging challenges required limited mobilization and resources, but the pandemic calls for acting on an entirely different scale.

Can the world change tack? Fortunately, US President Joe Biden’s administration has already announced its intention to join COVAX. Until recently, it was assumed that the repair of international trade and renewed engagement in climate action would be its first external priorities. Events may well turn the coordination of pandemic efforts into a litmus test of Biden’s global leadership. But if US commitment is clearly needed, much broader joint action is called for to prevent a moral, medical, and economic disaster.