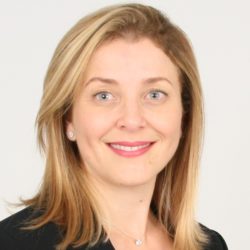 Director of Corporate Affairs in charge of Fiscal and Regulatory issues, Public Relations, and Illicit Trade Prevention for Philip Morris Morocco that she joined in 2012. Previously in 2003, she joined the US embassy in Rabat as political analyst and during her eight-year career she also worked with the US State Department Bureau of International Narcotics and Law Enforcement Affairs. In 2002 she joined the Environment and Development Agency in preparation for the World Summit on Sustainable Development in Johannesburg. She studied at American schools of Rabat, Tangier, and Bonn and later graduated from Al Akhawayn University in Ifrane in International Relations and Women Studies. She also has a Masters in Education from Framingham University.