© WPC
The economic impact of Russia’s invasion of Ukraine will be felt most in low-income countries. 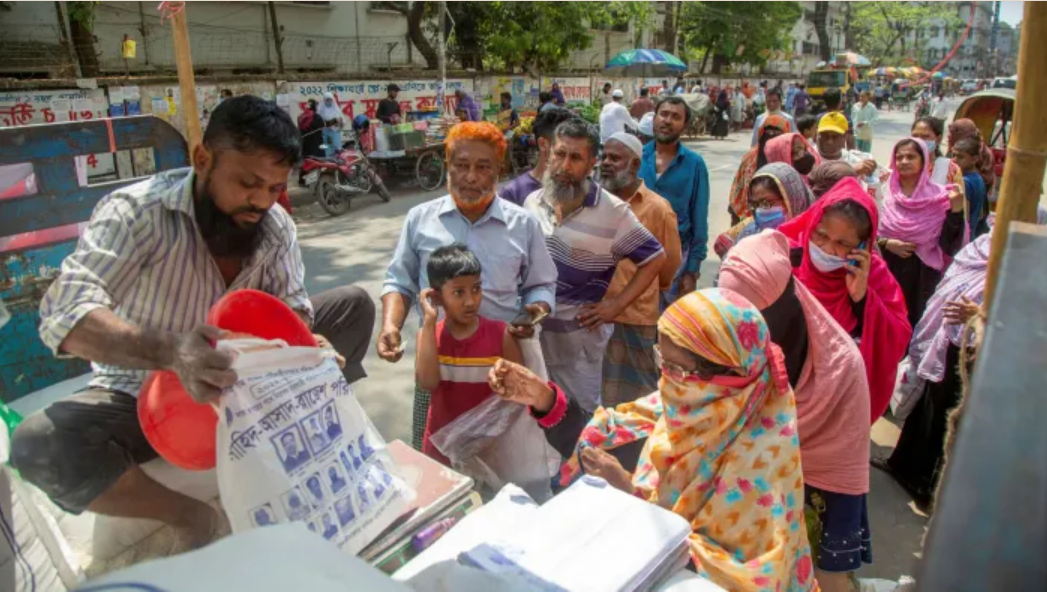 Since late February, the world’s attention has been focused on Russia’s brutal invasion of Ukraine. However, some of the most damaging economic and financial impacts of this act of aggression will be felt by non oil-exporting developing economies in Africa, Asia and Latin America.

Even prior to the invasion, many of these countries were experiencing debt distress, reflecting the strains of their response to the Covid-19 pandemic. Recent events in Ukraine have made the prospect of a new sovereign debt crisis both more imminent and more damaging.

Adding to the potential downside risks for these countries, the mechanisms currently in place to deal with sovereign debt problems have become dysfunctional. While the need for reform had been recognised previously, the G20s’ recent effort in this direction appears to have failed. Renewed international action is needed urgently to prevent a paralysing stalemate. However, the current crisis will make finding a solution more difficult, just as it has raised the cost of failure.

The added risks for low-income countries from recent events are self-evident: the economic and financial fallout from the Ukraine conflict — including the unprecedented sanctions imposed on Russia, and its expected default on its sovereign debt — has already produced substantial downward revisions to global growth forecasts, but upward revisions to expected near-term inflation.

Prior to the start of the war, the impact of the pandemic on low-income countries’ public spending and revenues had produced an increase in their gross sovereign borrowing equivalent to about 25 per cent of their gross domestic product. As shown in World Bank data, this increase was somewhat larger in percentage terms than that of higher-income borrowers. However, as IMF calculations demonstrate, the increase in these countries’ debt service costs relative to government revenues was dramatically greater than for higher-income economies.

Co-operative policy action after Covid struck staved off an immediate debt crisis for low-income borrowers. In addition to providing new financial support programmes, the IMF and the World Bank in May 2020 agreed on a Debt Service Suspension Initiative (DSSI) that was then endorsed by the G20 finance ministers, and eventually extended for all multilateral and bilateral official lending until the end of 2021.

With the DSSI now ended, a critical challenge is to make the debt exposure of low-income countries sustainable. Undoubtedly, this will require establishing a workable mechanism for restructuring sovereign debt. However, as noted in the World Bank’s latest World Development Report, the G20’s effort to create a new system for debt renegotiation — the Common Framework for Debt Treatment — appears to have failed.

According to analysis by the Bretton Woods Committee’s Sovereign Debt Working Group, a key factor sharply weakening the pre-existing arrangements for sovereign debt renegotiation has been the lack of transparency regarding the scale and terms of outstanding debt obligations. In part, this reflects the sharp shift in the sources of lending to low-income countries after the global financial crisis. China is now the largest single lender to these borrowers, but Chinese institutions often fail to provide consistent or complete data reporting on their lending.

An immediate goal of reform should be to achieve real progress on transparency, while addressing the related challenge of strengthening the degree of engagement, fairness and trust in the process of sovereign restructuring. To be successful, reforms must reach beyond simple data transparency to greater clarity regarding the entire restructuring process. This won’t be easy or quick: the G20 finance ministers’ latest communiqué supported the goal of enhanced debt transparency, but in practice did no more than mention the existing — and apparently failing — effort.

Nonetheless, progress is possible. The Working Group has developed a menu of concrete steps that would meaningfully reduce crisis risks. The key uncertainty is whether the principal protagonists are capable of meaningful co-operation, or whether the current spiral of great power confrontation will prevent mutually beneficial action. Global leadership is needed urgently. The potential costs of failure include a new sovereign debt crisis that would do the worst damage to the poorest and most vulnerable.

Read the original article on the site of the Financial Times.