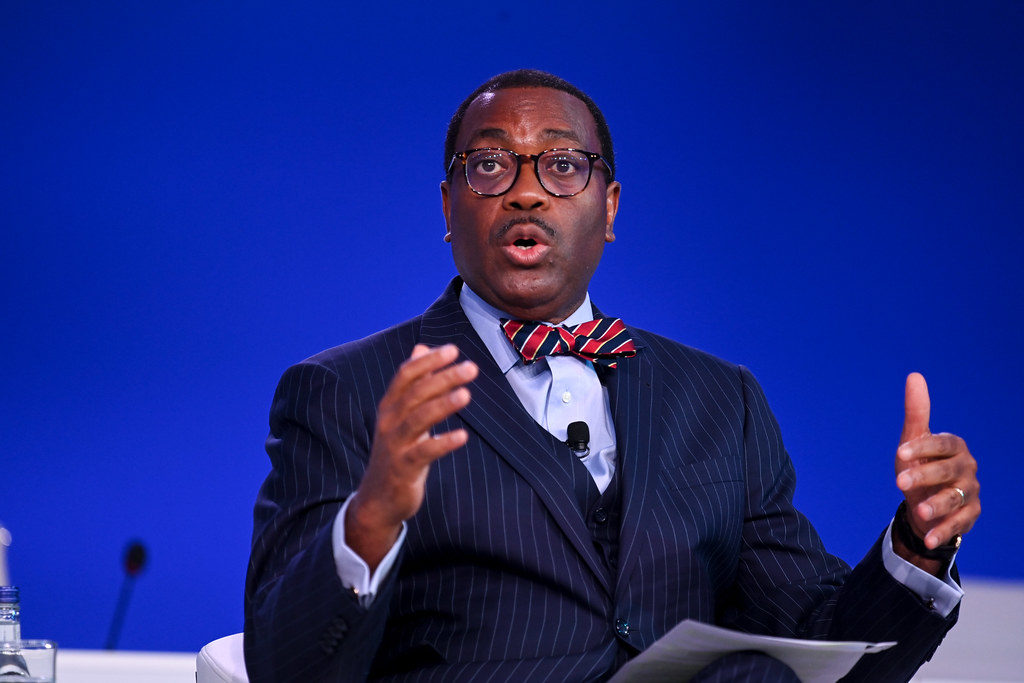 A group #DiasporaSupport4Adesina has said that with former President Olusegun Obasanjo reportedly endorsing the President of African Development Bank (AfDB), Dr Akinwumi Adesina in 2021 for the number one seat in the country, means that Nigeria will experience transformation under Adesina led government.

The group in a statement signed by Dr Tony Bello, Chairman and Founder, Shine Bridge Global Inc., Chesapeake-Virginia, USA, said they were not surprised that Chief Obasanjo would endorse Dr Adesina for the highest office in the land because of the achievements he recorded as Nigerian Minister of Agriculture and Rural Development and as the President of AfDB.

“On May 2, 2021, an article came out in a national newspaper, the Vanguard, attributed to Chief Olusegun Obasanjo signalling Dr Akinwumi Adesina as the best person to occupy the position of President of the Federal Republic of Nigeria.

“If you conduct a poll today asking Nigerians who the cap of Nigeria’s leadership best fits, we are certain that most will support Chief Obasanjo’s choice of Dr. Akinwumi Ayodeji Adesina, President of Africa Development Bank (AfDB) and one-time Minister of Agriculture.

“This is one of the many reasons why we, in the Diaspora, are giving support to the efforts being made to co-opt Adesina into the forthcoming Presidential race. We have examined his contributions and personal commitment towards a better Nigeria, and Africa at large.

“As Nigeria’s political barometer, Chief Obasanjo’s residence has become a beehive of activities for politicians and political groups seeking his endorsement! Obasanjo is not shy to quick criticisms of leaders for non-performance in office, especially leaders who came to elective positions through his support.

“We are therefore not surprised that Chief Obasanjo would endorse Dr. Adesina for the highest office in the land. However, we are certain that Adesina’s presidency will not suffer any shortcomings to face the criticism of “Baba”, as Chief Obasanjo is fondly called in Nigeria”, the statement said.

The retreat according to the group had all the Nigerian government functionaries, including the Executive, Legislature as well as State governors.

The group therefore expressed hope that Adesina’s presidency will usher in a robust economic resurgence that will, in addition, put an end to our children drowning in the high seas of Africa and Europe in their quest for a better life.

The group also recalled how Obasanjo has successfully identified and supported the candidacy of the incumbent President Muhammadu Buhari in 2015, Former President Goodluck Ebele Jonathan in 2011 and Late President Umaru Musa Yar’Adua in 2007.

Dr Bello through the statement, said when Dr Adesina was given the opportunity to serve as Minister of Agriculture and Rural Development, he distinguished himself as a selfless servant to all Nigerians.

“He worked tirelessly with his team to transform the mindset of millions of smallholder farmers and the youth that “agriculture is a business, not a development program.” He advocated for policy and institutional reforms that attracted private sector investment commitments of over $5 billion into Nigeria’s Agricultural Transformation Agenda (ATA).

The statement further stated that Dr. Adesina had recently engaged with President Joe Biden’s Administration and his top-officials including Vice President Kamala Harris, and the Secretary of Treasury on climate financing among other global economic challenges facing Africa and Africans at home and in the United States.

“It is therefore not surprising, that Chief Obasanjo, himself, a globally recognized leader in domestic and international politics, has gone so far as to beckon on Dr. Adesina as one best prepared and fit for the job of the President of Nigeria after the incumbent, President Buhari,” the statement added.

Read the article on the site of the Nigerian Tribune.