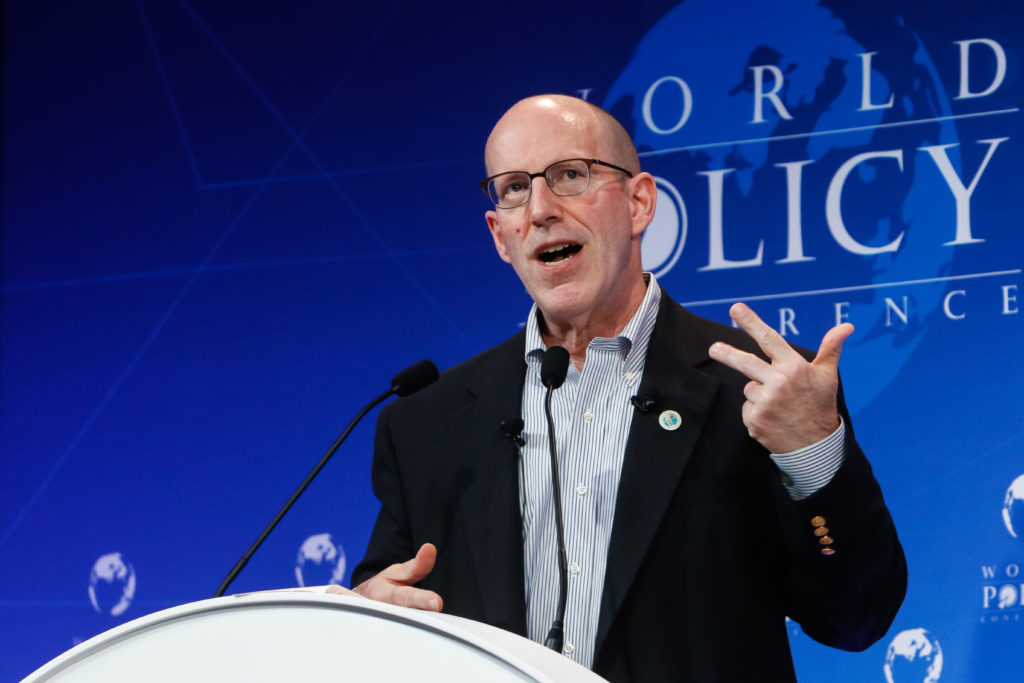 HONOLULU (November 19, 2019)—Rising diplomatic tensions between South Korea and Japan are putting American security interests at risk. Yet the United States government appears detached, unable to facilitate a rapprochement between its two allies. This is a critical moment because a South Korea-Japan intelligence-sharing agreement, aimed at North Korea, is due to lapse on 22 November this year.

At the same time, North Korea has shifted to a less confrontational diplomatic stance. In its 2018 New Year’s message, it appealed to South Korea for Korean solidarity. In order to take advantage of this opening, South Korean President Moon Jae-in began distancing himself from Japan.

In October 2018, the South Korean Supreme Court ruled in favor of compensation for South Koreans who were forced to work for Japanese companies during the period of Japanese colonial rule. One month later, the court ruled that the 1965 treaty that established normal relations between the two countries, and was meant to resolve claims arising from the colonial period, did not cover the issue of “comfort women”—Korean women compelled to sexual servitude by Japanese authorities during the Pacific War—because the treaty did not recognize that Japanese colonial rule had been illegal. One month later, President Moon unilaterally dissolved the 2015 bilateral comfort women accord, which was unpopular in South Korea.

In response to these developments, Japan requested consultations under provisions of the 1965 treaty. When South Korea did not respond, Japan initiated export controls, removing South Korea from its “white list” of countries exempt from security-oriented export regulations. This action disrupted trade in chemicals used in semiconductor production.

It was widely assumed that the Japanese move was motivated by commercial interests because the export controls that were introduced damaged South Korean rivals to Japanese firms. Conceivably, there could have been a national security rationale as well because the move impeded South Korean sales to China, where advanced chips are used in artificial intelligence (AI) and surveillance applications.

South Korea responded by removing Japan from its own “white list” and filing a World Trade Organization (WTO) case against Japan over the export controls. The initiation of the WTO case followed close on the heels of an unrelated WTO case in which South Korea lost to Japan over issues involving pneumatic valves. Apart from the context of deteriorating diplomatic relations, South Korea’s export control filing could also be interpreted as a tit-for-tat move in purely trade policy terms.

Critically, however, the South Korean government followed by indicating that it would decline to renew the General Security of Military Information Agreement (GSOMIA), a bilateral intelligence-sharing agreement between South Korea and Japan. The dissolution of this agreement between two important allies would be a serious blow to American security interests. From an economic and diplomatic standpoint, the question now is whether the Moon government will begin seizing Japanese-owned property in South Korea as a response to the Supreme Court’s ruling allowing compensation for forced labor during the colonial period.

Some have interpreted South Korea’s withdrawal from the GSOMIA as a “cry for help” aimed at the United States. And indeed, normally the United States would have acted with alacrity to bring its two allies together.

If this was the Moon government’s aim, it may have badly miscalculated. President Trump is inattentive, and resolving this issue would require a degree of serious personal involvement in diplomacy for which he has shown little inclination. Indeed, as the impeachment effort proceeds, Trump’s involvement in foreign affairs is likely to grow even more uneven and episodic.

To the extent that the Trump administration has any kind of North Korea policy, it appears to lean toward engaging in diplomacy with North Korea, which would imply distancing itself from Japan. That said, the United States and Japan just reached a minor trade agreement, suggesting that the U.S. administration might feel favorably disposed toward intervening to help its allies reconcile.

So, what can be done? In the short term, it would be desirable to extend the GSOMIA between South Korea and Japan provisionally while the parties attempt to work out their disagreements. The WTO is a useful forum for working out trade disputes in a relatively depoliticized setting. Its protracted processes could actually be a benefit in this case.

Substantively, a softening of Japan in its stance toward North Korea might close some of the gaps between Seoul and Tokyo, but this is unlikely. Politically, a redirection of South Korean protest away from Japan as a country and toward specific Japanese policies, or even toward the government of Prime Minister Shinzo Abe, might modestly turn down the heat or at least form a better basis for moving forward.

Of the three governments, the United States has the greatest room for maneuver, but the Trump administration appears to be missing in action. This lapse could have serious long-run implications for U.S. security interests.

Meanwhile, defense cost-sharing talks between the United States and South Korea are becoming more contentious. This is not only contributing to rising frustration in Seoul but also to a perception among a small but growing constituency in both Japan and South Korea that the United States may be an unreliable partner and that both countries will need to shoulder responsibility for their own defenses against a nuclear-armed North Korea.

The eventual result could be the development of independent nuclear capabilities in both South Korea and Japan, not an outcome that many Americans or others would welcome.