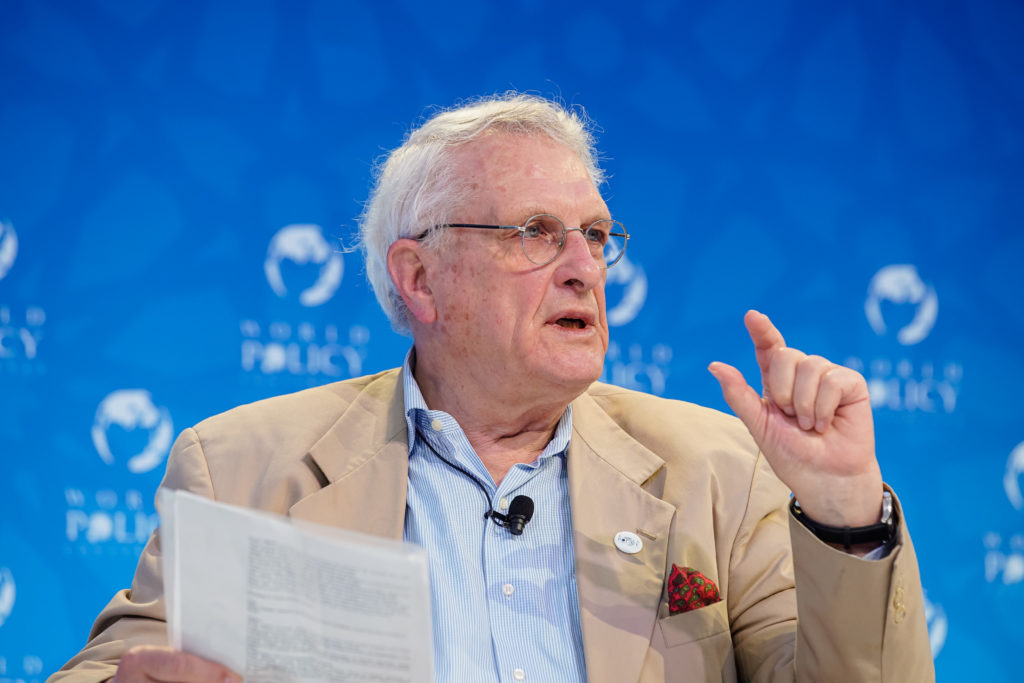 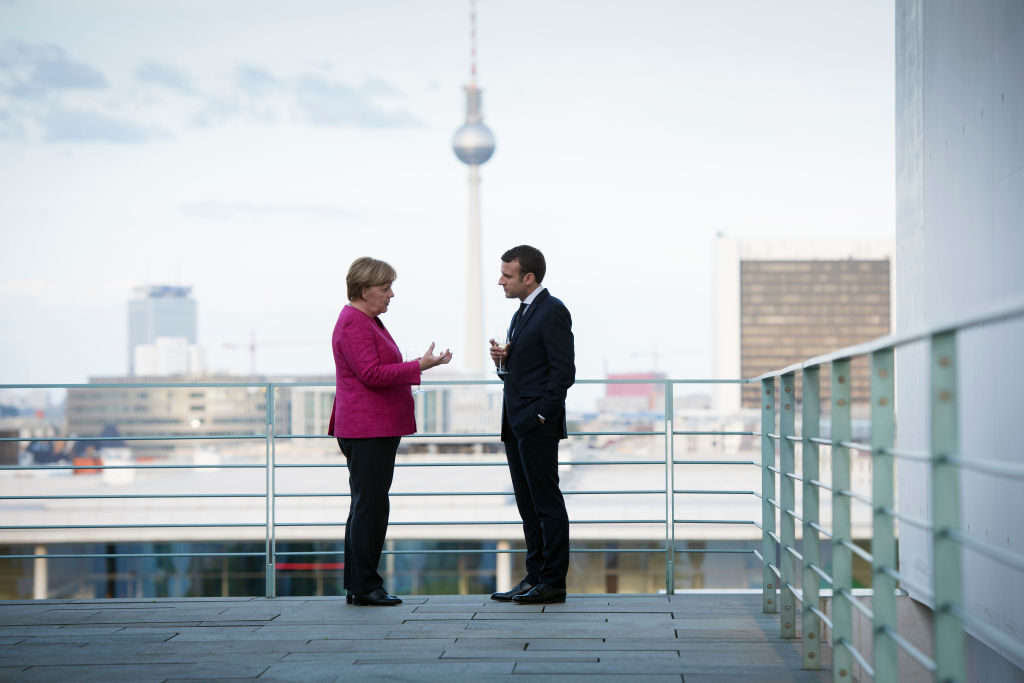 For decades, France and Germany have been known as Europe’s ruling ‘tandem’ or ‘couple’, even its ‘engine’. Together, they aimed to work to unify the continent. But, to pile up the metaphors, the French want to drive the jointly leased Euro-Porsche, while the Germans insist on rationing the petrol money. As a long list of crises—from Belarus to Nagorno-Karabakh—now shows, the two countries are not following the same road map.

That’s not surprising. As former German foreign minister Sigmar Gabriel has put it, France and Germany ‘view the world differently’ and thus have ‘distinct interests’. The truth is that Franco-German divergence is almost as old as the European Union.

That division bedevils the current French and German leaders—President Emmanuel Macron and Chancellor Angela Merkel—as much as it did their towering predecessors, Charles de Gaulle and Konrad Adenauer, ever since the two of them linked hands across the Rhine 60 years ago. They were to turn ancient enemies into trusted friends. But states don’t marry. They obey interests, not each other.

When two powers are so closely matched, the issue always is, who leads, and who follows? The hyperactive Macron certainly wants to run Europe (as, truth be told, all of his predecessors in the Élysée Palace have sought to do). Meanwhile, the plodding Merkel keeps stressing German priorities.

The current divergence is also a matter of personalities. Temperamentally, Macron is the opposite of Merkel. Whereas Macron craves the limelight, Merkel, known at home as Mutti (mum), reads from a well-thumbed script about continuity and caution.

This is reflected in their foreign policies as well. Since he won the presidency in 2017, Macron has successively flirted with US President Donald Trump, Russia’s Vladimir Putin and China’s Xi Jinping, then turned away in disillusion from all three. France simply doesn’t play in their league. Merkel, by contrast, has kept her distance from Trump, Putin and Xi.

Macron has also pronounced the ‘brain death’ of NATO, echoing Trump’s description of the alliance as ‘obsolete’. But a German chancellor would be the last to turn off the lights at the alliance’s headquarters in Brussels. After all, NATO has guaranteed Germany’s security for 70 years—and at a steep discount.

The most recent Franco-German disagreements centre on the eastern Mediterranean, where Greece and Turkey—both NATO members—threatened to come to blows over gas exploration in contested waters. Macron was quick to side with Greece, dispatching warships and planes while promising arms. Last month, he hosted a summit in Corsica involving the leaders of six other Mediterranean EU member states to provide a counterweight against Turkey. Germany wasn’t there.

Merkel instead mumbles platitudes about a ‘multi-layered relationship’ with Turkey, which must be ‘carefully balanced’. German interests are clear: Turkish President Recep Tayyip Erdogan is guarding the Turkish–Syrian border against an uncontrolled influx of Middle Eastern refugees who will head for Germany if given half a chance. Provoke him, and he can open the refugee spigot at will.

Then there’s the current flare-up between Armenia and Azerbaijan over Nagorno-Karabakh. Macron, Putin and Trump have urged the two countries to negotiate immediately, while Erdogan has sided with the Muslim Azerbaijanis against Christian Armenia. Germany, however, is merely ‘alarmed’, because Merkel can’t afford to alienate Erdogan.

After large parts of Beirut were levelled by a deadly explosion in August, Macron dashed off to Lebanon, pledging to organise an international donor conference without coordinating with Merkel. France, which controlled the Levant after World War I, wants to keep a foot in the door to maintain its regional influence; Germany has no strategic interests there and instinctively shies away from anything smacking of escalation. Different interests, different schemes.

Germany is also taking a hands-off approach to Libya, whose civil war has drawn in Russia, Egypt, Saudi Arabia, Turkey and France. The best Germany can do in the Middle East is to arrange yet another peace parley in Berlin, as is the German habit.

This is just a short list of Franco-German foreign policy differences in the past few months. But it confirms the pattern: France likes to jump in, while Germany prefers to hang back. Merkel recently proclaimed ‘the hour of Europe’ in an ‘aggressive world’. But if France and Germany won’t pull together, how could the other 25 EU members?

The irreducible reason is structural. Twenty-seven do not add up to one, whether on Russia or Belarus, where President Alexander Lukashenko is dead set on wiping out the democracy movement. When the 27 tried to hash out sanctions against Belarus, tiny Cyprus refused unless the rest agreed to penalise Turkey over illegally exploring for gas in the Mediterranean.

That could have been anticipated. Cyprus is practically a Russian economic colony, and Lukashenko is Putin’s client. After weeks of wrangling, Cyprus finally relented. The EU will now sanction 40 Belarusian officials—a punishment that gives Lukashenko no reason to pack his bags.

The EU is the world’s second-largest economic power, ahead of China, and on paper has as many troops as the United States. But riches alone do not make a strategic actor. If they did, Switzerland would be a great power.

Of course, no European leader will ever fail to appeal to Europe’s common destiny. But in the EU’s case, ‘unity’ is often the opposite of ‘agency’, the capacity to act as a whole. A bloc of 27 states bound by a unanimity requirement on issues members consider essential will never be a strategic actor, because it will always be guided only by the lowest common denominator that all can accept.

Even if France and Germany ever do march in lockstep, the others will not fall into line, because they fear the duo’s domination. Unless and until they fuse into the United States of Europe, the EU’s member states will never leave vital strategic issues up to majority rule.

Read the original article on ASPI.