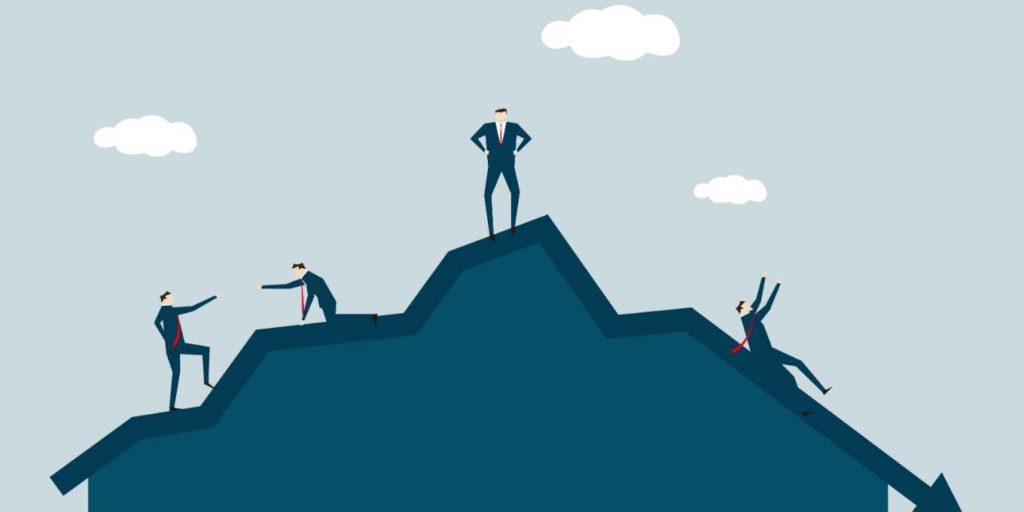 The single most important economic development of the last 50 years has been the catch-up in income of a large cohort of poor countries. But that world is gone: in an increasingly digitalized global economy, value creation and appropriation concentrate in the innovation centers and where intangible investments are made.

PARIS – Fifty years ago, the conventional wisdom was that rich countries dominated poor countries, and it was widely assumed that the former would continue getting richer and the latter poorer, at least in relative terms. Economists like Gunnar Myrdal in Sweden, Andre Gunder Frank in the United States, and François Perroux in France warned of rising inequality among countries, the development of underdevelopment, and economic domination. Trade and foreign investment were regarded with suspicion.

History proved the conventional wisdom wrong. The single most important economic development of the last 50 years has been the catch-up in income of a significant group of poor countries. As Richard Baldwin of the Geneva Graduate Institute explains in his illuminating book The Great Convergence, the main engines of catch-up growth have been international trade and the dramatic fall in the cost of moving ideas – what he calls the “second unbundling” (of technology and production). It was Thomas L. Friedman of the New York Times who best summarized the essence of this new phase. The playing field, he claimed in 2005, is being leveled: The World is Flat.

This rather egalitarian picture of international economic relations did not apply only to knowledge, trade, and investment flows. Twenty years ago, most academics regarded floating exchange rates as another flattener: each country, big or small, could go its own monetary way, provided its domestic policy institutions were sound. The characteristic asymmetry of fixed exchange-rate systems was gone. Even capital flows were considered – if briefly – to be potential equalizers. The International Monetary Fund in 1997 envisaged making their liberalization a goal for all.

In this world, the US could be viewed merely as a more advanced, bigger country. This was an exaggeration, to be sure. But US leaders themselves often tended to play down their country’s centrality and its correspondingly outsize responsibilities.

Things, however, have changed again: from intangible investments to digital networks to finance and exchange rates, there is a growing realization that transformations in the global economy have re-established centrality. The world that emerges from them no longer looks flat – it looks spiky.

One reason for this is that in an increasingly digitalized economy, where a growing part of services are provided at zero marginal cost, value creation and value appropriation concentrate in the innovation centers and where intangible investments are made. This leaves less and less for the production facilities where tangible goods are made.

Digital networks also contribute to asymmetry. A few years ago, it was often assumed that the Internet would become a global point-to-point network without a center. In fact, it has evolved into a much more hierarchical hub-and-spoke system, largely for technical reasons: the hub-and-spoke structure is simply more efficient. But as the political scientists Henry Farrell and Abraham L. Newman pointed out in a fascinating recent paper, a network structure provides considerable leverage to whoever controls its nodes.

The same hub-and-spoke structure can be found in many fields. Finance is perhaps the clearest case. The global financial crisis revealed the centrality of Wall Street: defaults in a remote corner of the US credit market could contaminate the entire European banking system. It also highlighted the international banks’ addiction to the dollar, and the degree to which they had grown dependent on access to dollar liquidity. The swap lines extended by the Federal Reserve to selected partner central banks to help them cope with the corresponding demand for dollars were a vivid illustration of the hierarchical nature of the international monetary system.

This new reading of international interdependence has two major consequences. The first is that scholars have begun reassessing international economics in the light of growing asymmetry. Hélène Rey of the London Business School has debunked the prevailing view that floating exchange rates provided insulation from the consequences of the US monetary cycle. She claims that countries can protect themselves from destabilizing capital inflows and outflows only by monitoring credit very closely or resorting to capital controls.

In a similar vein, Gita Gopinath, now the IMF’s chief economist, has emphasized how dependent most countries were on the US dollar exchange rate. Whereas the standard approach would make, say, the won-real exchange rate a prime determinant of trade between South Korea and Brazil, the reality is that because this trade is largely invoiced in dollars, the dollar exchange rate of the two countries’ currencies matters more than their bilateral exchange rate. Again, this result highlights the centrality of US monetary policy for all countries, big and small.

In this context, the distribution of gains from openness and participation in the global economy is increasingly skewed. More countries wonder what’s in it for them in a game that results in uneven distributive outcomes and a loss of macroeconomic and financial autonomy. True, protectionism remains a dangerous lunacy. But the case for openness has become harder to make.

The second major consequence of an un-flattened world is geopolitical: a more asymmetric global economic system undermines multilateralism and leads to a battle for control of the nodes of international networks. Farrell and Newman tellingly speak of “weaponized interdependence”: the mutation of efficient economic structures into power-enhancing ones.

US President Donald Trump’s ruthless use of the centrality of his country’s financial system and the dollar to force economic partners to abide by his unilateral sanctions on Iran has forced the world to recognize the political price of asymmetric economic interdependence. In response, China (and perhaps Europe) will fight to establish their own networks and secure control of their nodes. Again, multilateralism could be the victim of this battle.

Jean Pisani-Ferry, a professor at the Hertie School of Governance (Berlin) and Sciences Po (Paris), holds the Tommaso Padoa-Schioppa chair at the European University Institute and is a senior fellow at Bruegel, a Brussels-based think tank.