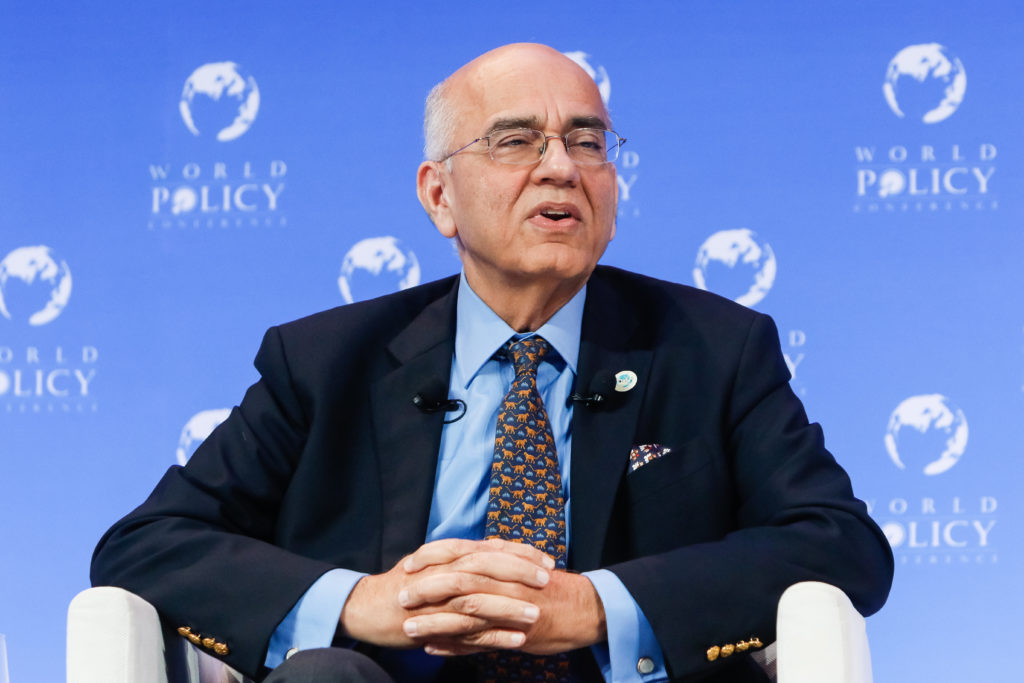 At the spring meetings of the IMF and World Bank this week, we can expect measures to support low- and middle-income countries’ pandemic recovery that are laudable but fall well short of what is required.  One likely outcome will be an allocation of up to $650bn in IMF special drawing rights, the fund’s reserve currency that is used to supplement members’ official reserves. An extended pause on debt service payments for the poorest countries and a commitment from wealthy nations to help finance the global distribution of Covid vaccines will probably also be agreed. All these measures will be welcome. But they will be only marginally helpful for countries where the end of the pandemic remains far off. They certainly will not prevent IMF managing director Kristalina Georgieva’s warning of a “dangerous divergence” between economies from becoming a reality.  The IMF’s projections show a prolonged and stumbling recovery for developing countries. Most are unlikely to vaccinate enough people to achieve herd immunity until 2023. Their financial buffers are near depleted, threatening the first rise in global poverty since 1990. Already 270m people face starvation.  It is not too late to raise the ambition for the spring meetings. They could be used to trigger immediate action and set the agenda in a way that recognises the long-term impact of this crisis and matches it in scale, scope and duration. The IMF and the World Bank increased their lending last year. They now need to publicly commit to at least sustain their flows at this elevated level for the next five years. This will require an agreement between the institutions and their shareholders on more creative use of their balance sheets combined with commitments for new shareholder financing as needed.  Second, a fundamental restructuring or writedown of debt is required for a significant number of developing countries. The common framework for debt treatments agreed by the G20 last November has potential but has achieved little so far. Shareholders should ask the IMF and World Bank to apply the framework and more actively address the debt issue, for instance by bringing recalcitrant private creditors to the table. Third, neither future pandemics nor climate change can be managed unless developing countries are engaged in the process. International financial institutions need to adapt their historical country-focused business model. Now is the time for shareholders to ask the leadership of the IFIs to produce ambitious proposals to address these global challenges.

Finally, international support for countries trapped in economic fragility and conflict remains fragmented and has yielded mixed results. The meetings should set out how IFIs and the UN can better co-ordinate on fragile states socially, politically and economically. During the pandemic there have been examples of solidarity and smart collaboration; the development of vaccines is perhaps the finest. As rich countries move from crisis management to shaping the recovery, it would be a mistake to think of the continuing crisis in the world’s poorest countries as someone else’s problem. Some will say these proposals extend the mandate of the IFIs. But maintaining the weak response we’ve seen so far would be a moral failure, and one lacking foresight. Aside from the obvious risk of leaving the virus free to circulate, it opens up the possibility of secondary crises — hunger, conflict and displacement — spilling over into the lives of everyone, everywhere. The spring meetings have the potential to determine whether this autumn is the beginning of the end of the pandemic, or the start of a more complex and dangerous phase for the world.

The writer is the UN under-secretary-general for humanitarian affairs.

Masood Ahmed, president of the Center for Global Development, co-authored this article.