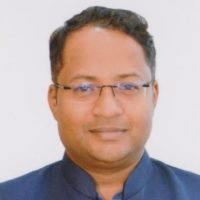 Ambassador of India to the Kingdom of Morocco. Shambhu Santha Kumaran joined the Indian Foreign Service in 1995. His diplomatic assignments abroad include Political Counsellor in Kathmandu (2007-2009) and Deputy High Commissioner to South Africa (2009-2012). At Headquarters, he was Deputy Secretary (West Europe Division) handling relations with the United Kingdom, Germany, Spain as well as the Commonwealth from 2002-2004. From 2012-2016, he was Director (East Asia/China), Joint Secretary (Establishment) and Joint Secretary (Eurasia) in MEA. During January 2016-May 2019, he was on deputation to the Ministry of Defense as Joint Secretary (Planning and International Cooperation). He holds a Bachelors Degree in English Literature from Kerala University as well as an MA in International Studies and Master of Philosophy in Diplomatic Studies from Jawaharlal Nehru University, New Delhi.