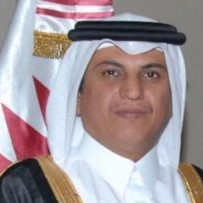 Ambassador extraordinary and plenipotentiary of the State of Qatar in the Kingdom of Morocco since August, 2019. He joined the Ministry of Foreign Affairs in Doha in 1987 as Third Secretary. He has been First Secretary at the Embassy of the State of Qatar in Italy (1997-2000). He also worked in the Department of International Organizations and Conferences, the Department of Legal Affairs and the Department of European Affairs at the Foreign Ministry. He served in several embassies (Morocco, Pakistan, United Arab Emirates, Spain, Argentina). He has a B.A in History and Geography from Education College, in Qatar University 1986, and a Master in International Law from the National Institute of Public Administration, Morocco 1991/1992.