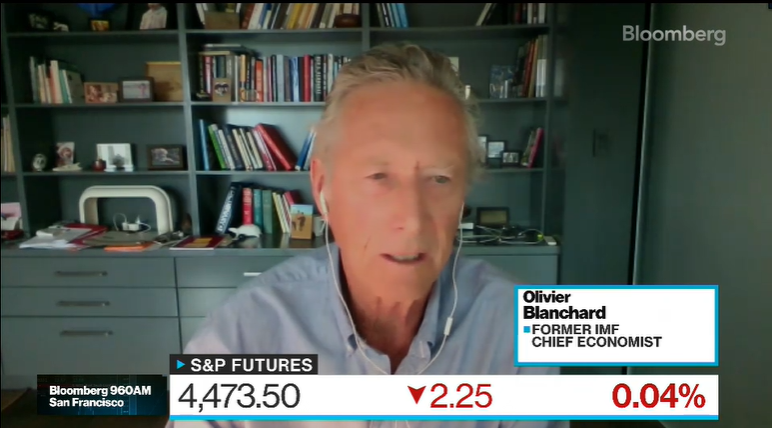 The U.S. Federal Reserve will have a difficult job ahead trying to cool the hottest inflation in four decades without triggering a recession, a former International Monetary Fund chief economist said.

“I’m not as optimistic as most people — I still think it’s going to be very, very tough,” Olivier Blanchard, now a fellow at the Peterson Institute, said Thursday in an interview with Lisa Abramowicz and Tom Keene on Bloomberg. “The Fed is going to have a hard time slowing down the machine. It has to admit that it has to stall the machine a lot and we don’t want a recession.”

On Wednesday, minutes of the Fed’s March meeting showed policy makers signaled they will reduce the central bank’s massive bond holdings at a maximum pace of $95 billion a month as part of their plan to curb inflation.

The minutes also show that many of them viewed one or more half-point increases as possibly appropriate going forward to cool off prices.

Watch the interview on the site of Bloomberg.