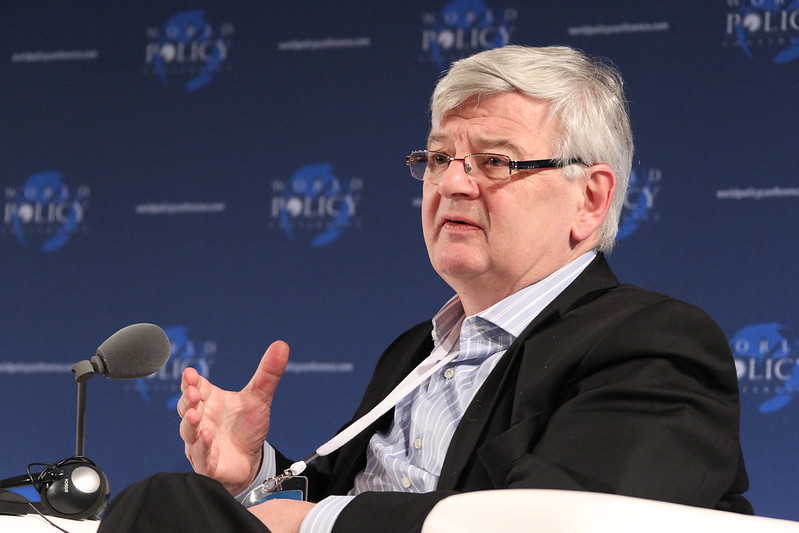 BERLIN ― The asteroid has hit, and suddenly everything has changed. But the asteroid that has crashed into our planet is invisible. One needs a microscope, rather than a telescope, to see it.

With COVID-19, the world faces several crises in one: a global health crisis has triggered crises in the economy, civil society, and daily life. It remains to be seen whether political instability will follow, either within countries or internationally. But, clearly, the pandemic has drastically changed life as we know it. While the end of the crisis and its consequences can’t be predicted, certain significant changes can be anticipated.

The crisis is not just complex, far-reaching, and threatening to the foundations of individual societies and the global economy. It is also many times more dangerous and extensive than the 2008 global financial crisis. Unlike that episode, the coronavirus threatens millions of lives around the world, and its effects on the economy are not centered in only one sector.

Around the world, most economic activity has been frozen, setting the stage for a global recession. Apart from the death toll and the stability of health systems, the big question right now is how severe the economic downturn will be, and what permanent consequences it will have.

Similarly, we can only guess what effects the virus will have on already-fragile regions, and particularly on refugee camps. Iran seems to be heading for a major humanitarian crisis, in which the poorest and most vulnerable will be the most affected. Beyond that, it is still too early for any remotely realistic assessment of COVID-19’s humanitarian consequences.

But past experience tells us that major shocks such as this do tend to disrupt political systems and international relations. Western democracies, in particular, may find their governance called into question. The principles of human rights may be pitted against economic imperatives. The pandemic also invites a generational conflict between young and old, and between authoritarianism and liberal democracy.

And yet an alternative scenario is possible, in which the COVID-19 crisis gives rise to a new solidarity. Lest we forget, an earthquake and tsunami in the Indian Ocean in December 2004 created the conditions for ending the civil war in Aceh, North Sumatra.

In the short term, the countries most affected by the pandemic will become crisis economies: Governments will pursue enormous levels of spending and other unconventional measures to prevent a total collapse. The effectiveness of the response remains to be seen. But it is clear that the relationship between the economy and the state will undergo a fundamental change.

In a marked departure from the prevailing wisdom of recent decades, we are already witnessing the return of “big government.” Everyone is looking to the state to inject huge sums of money into the economy, and to rescue (or take over) imperiled companies and sectors that are deemed essential. The state’s massively increased role will have to be scaled back after the crisis has passed, but how to do so is up for debate. Ideally, governments will transfer the returns that come from re-privatization into a sovereign wealth fund, thus giving the public a share in the post-crisis settlement.

Until then, “big government” ― whether the European Commission or national authorities ― will be expected to prepare for the next disaster. Rather than being caught completely off guard again, it will need to ensure the provision of as essential medical supplies, personal protective equipment, disinfectants, adequate laboratory capacity, intensive-care units, and so forth.

But that isn’t all. The stability, efficiency, capacity, and costs of existing health-care systems will remain a salient issue. The COVID-19 crisis has shown that it isn’t really possible to privatize health care. In fact, public health is a basic public good, and a critical factor in strategic security.

There will also be increased, sustained attention to the pharmaceutical sector, particularly the domestic provision of critical drugs and development of new ones. Many countries will no longer be willing to rely on international supply chains that can easily break down in an emergency.

This is not to suggest that the market economy will be abolished. But the state absolutely will assert itself vis-a-vis the business community, at least when it comes to strategic issues. For example, the crisis will invite a major policy push for digital sovereignty in Europe. Its model will not be that of authoritarian China, but that of democratic South Korea, which has established a digital edge.

So far, however, the EU has not played a prominent role in the global response to COVID-19. This is not surprising. In existential crises, people tend to revert to what they know best, and what they know best is the nation-state. But while Europe’s nation-states certainly can play an immediate crisis-management role, they cannot resolve the crisis.

After all, the single market, the joint currency, and the European Central Bank are the only mechanisms that can prevent an economic collapse and enable an eventual recovery in Europe. The COVID-19 crisis is thus likely to force Europeans “ever closer” together, requiring even deeper solidarity.

What is the alternative? A return to the world where everyone fends for themselves? For EU member-state governments, that would amount to political and economic suicide.

The COVID-19 pandemic is the first crisis of the 21st century that truly affects all of humankind. But more crises will follow, and they will not all come in the form of a virus. Indeed, the fast-forward crisis we are now experiencing is a preview of what is yet to come if we do not address climate change.

The only way to manage generalized threats to humanity is through more intensive cooperation and coordination among governments and multilateral institutions. To name but one, the World Health Organization ― and the United Nations more generally ― must be strengthened at all costs. COVID-19 is a reminder that all eight billion of us are in the same boat.

Joschka Fischer, Germany’s foreign minister and vice chancellor from 1998 to 2005, was a leader of the German Green Party for almost 20 years. His commentary was distributed by Project Syndicate (www.project-syndicate.org).

Read the article on The Korea Times.