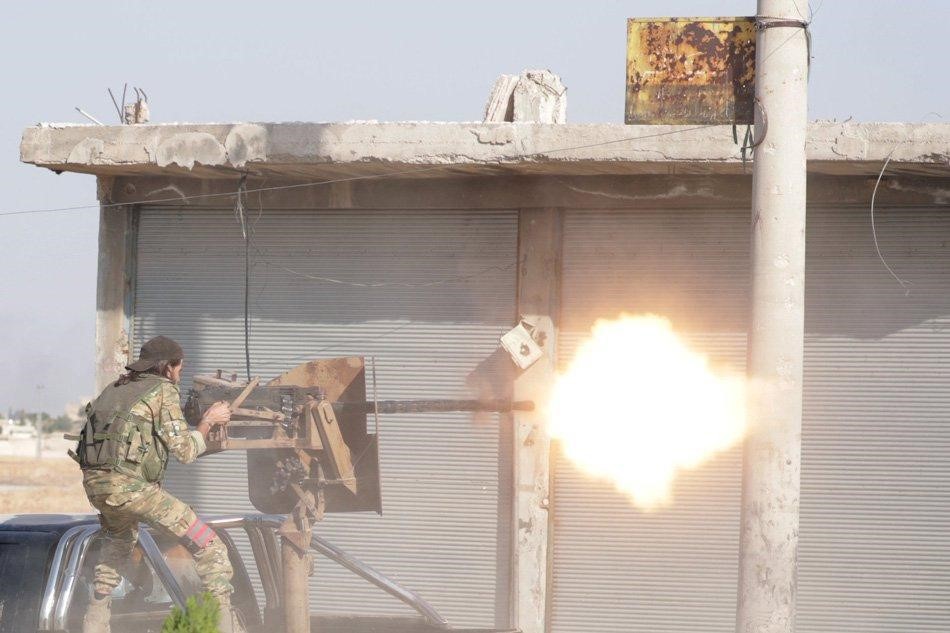 The world policy conference was held in Marrakesh, Morocco, over the weekend. At the inauguration, the president of the French Institute of International Relations, Thierry de Montbrial, stressed on the importance of multilateralism in attempts to solve today’s problems. This need was reiterated in a speech made on behalf of French Prime Minister Edouard Philippe.

Today, the world looks like the Wild West. The institutions that were created in the aftermath of the Second World War don’t seem to be able to exert any influence or steer the course of events. Axes are being formed to navigate through foreign affairs. This reminds us of the toxic alliances that led to the breakout of the First World War.

Today’s problems in the Middle East are reinforced by unilateralism. Countries like Turkey and Iran are acting on their own, as are world powers like the US. Turkey has decided that the Kurds constitute a threat on its southern border. The US, which was incapable of offering any guarantees to the Turks or containing the Kurds’ expansionism, suddenly decided to withdraw to let Turkey finish the job. The world condemns the Turkish incursion into Syria, yet the Europeans cannot afford to call it an invasion as President Recep Tayyip Erdogan has threatened to send the 3.6 million Syrian refugeesit hosts to Europe if they do so.

Analyzing Turkey’s incursion, some say it will ultimately lead to the annexation of parts of northern Syria. However, if we look at the big picture, Turkey’s behavior is more or less in line with today’s global trends. Each country is ready to act on its own and flex its muscles when it can. The established framework for cooperation that was put in place after the Second World War is weaker than ever. Multilateralism is fading away and unilateralism is on the rise.

The problems the region is facing are due to unregulated political competition and the US attitude is encouraging this trend. Campaigning on the slogan “America first,” Donald Trump adopted unilateralism as a guiding framework for his foreign policy. Through this policy, the US is undermining the global institutions it helped create to guarantee harmonious relations among nations. By weakening these institutions, which have traditionally been responsible for the world order, the different states — or what we can call medium powers — are trying to create a zone of influence of their own. They are driven by opportunism as well as insecurity. Seeing the world order crumbling, they seek to create an order of their own, at least in their own neighborhood.

It is from this perspective that Turkey’s behavior can be analyzed. Erdogan, driven by opportunism and insecurity, conducted the incursion into Syria. In an article published in the Wall Street Journal, the Turkish presidenthighlighted his rationale. He said that no one has come to Turkey’s aid on the issue of the refugees. He also said that Turkey needs to fend for itself when facing the potential threat from the People’s Protection Units (YPG) — an organization ideologically linked to the outlawed Kurdistan Workers’ Party (PKK). Though the Syrian Democratic Forces did not fire a single shot toward Turkey, in the absence of multilateralism it is hard to argue with Erdogan or to hold him accountable.

If we look at the big picture, Turkey’s behavior is more or less in line with today’s global trends.

Without a framework to solve problems in a consensual manner and to offer equitable solutions, countries are acting on their own. Israeli Prime Minister Benjamin Netanyahu tells his constituency that today there is a golden opportunitythat has not existed since 1967 to grab land from Palestinians and build more settlements. Iran, meanwhile, is unbridled and acts as if the Strait of Hormuz is its own property.

Condemnations by the Arab Leagueor the EU will not solve the complications created by Turkey’s move into Syria. What we need in northern Syria, as well as for other problems in the region, is more integration in the framework of the UN institutions. We will probably not see this under Trump, who has deliberately destroyed multilateralism by abandoning treaties such as the Trans-PacificPartnership and the Paris Agreement on climate change, and has even stated a desire to withdraw from the World Trade Organizationwhile consistently undermining NATO and the EU. Added to that, US unilateralism is not coupled with increased engagement. On the contrary, what we see is extreme disengagement, bordering on irresponsibility. On the threats facing the Kurds, who were the main US allies in the fight against Daesh, Trump simply said: “Let Assad, China or the Russians protect them.” When we have such an irresponsible attitude from a superpower, how can we expect a country like Turkey to act responsibly? For Erdogan, it is simple: He is killing two birds with one stone by alleviating the burden of the Syrian refugees and creating a buffer zone between the YPG and the south of Turkey.

Our region is being shattered by political competition and proxy wars. This situation could go on for another 20 years unless multilateralism is restored as the framework with which to solve problems and reach solutions.

Dr. Dania Koleilat Khatib is a specialist in US-Arab relations with a focus on lobbying. She holds a Ph.D. in politics from the University of Exeter and is an affiliated scholar with the Issam Fares Institute for Public Policy and International Affairs at the American University of Beirut.

Read the article on Arab News