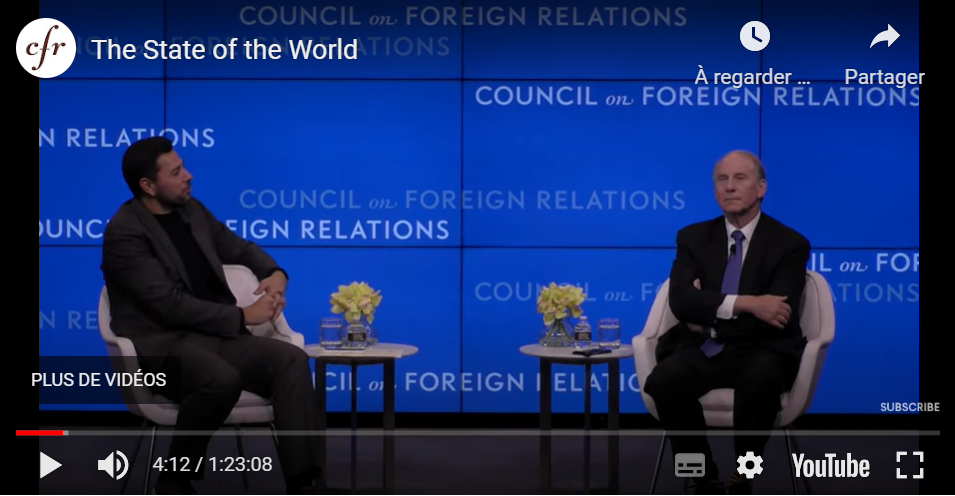 MSNBC’s Ayman Mohyeldin interviews Council on Foreign Relations President Richard Haass for a general discussion about “the state of the world.”

“Ukraine is both a reflection of it and a driver of it, but you have a couple of things going on here at the moment that make this a remarkable moment in history,” Haass said. “The revival of the familiar stuff of history, geopolitical competition, obviously with Russia now i Europe, China in Asia, increasingly called the Indo-Pacific. A lot going on.”

“Three decades after the end of the Cold War, suddenly this is not the world that lots of people were expecting or hoping for,” Haass said. “And the whole other set of challenges from climate change to Covid and the rest, these global issues.”

“The gap is pretty large. Geopolitical competition plus the growing gap between global challenges and the collective responses, it adds up to a not good answer. It’s a big foreign policy challenge for the United States and the rest of the world.”
Wtach the interview on the site of Real Clear Politics.