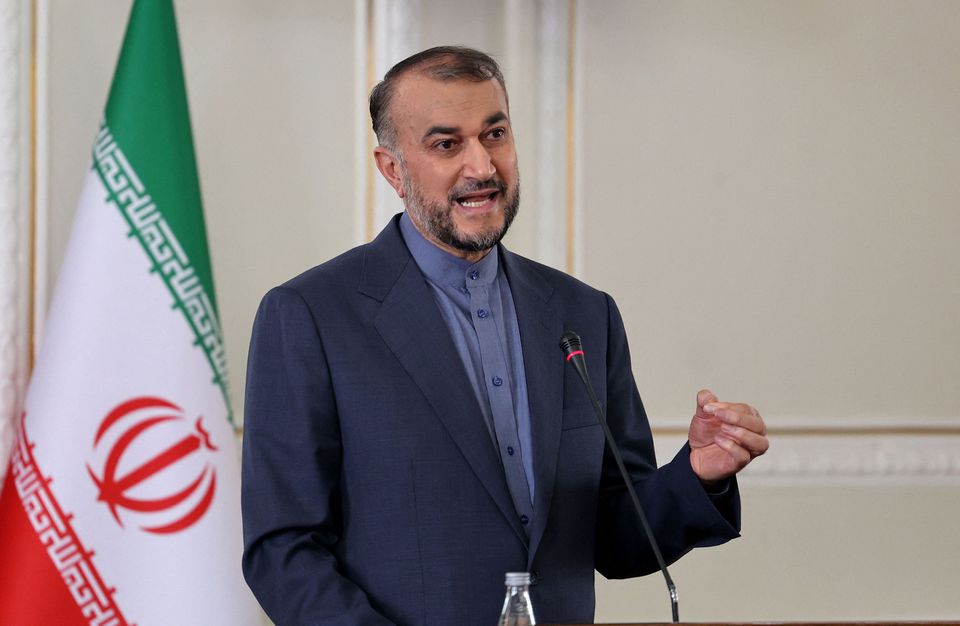 BRUSSELS — Russian demands that a revised nuclear agreement with Iran shield it from sanctions halted efforts to revive the deal Friday, just as negotiators said they had all but finalized it.

Russia, facing a barrage of economic sanctions in response to its invasion of Ukraine, has taken its fight against those sanctions into the nuclear talks with Iran, effectively holding up the nuclear agreement as leverage.

The Russian demands have now severely complicated efforts to revive the nuclear deal, which places limits on Iran’s nuclear program in exchange for lifting sanctions against Iran.

At the least, the breakdown in talks Friday delays any prospect of a deal, as well as the possible resumption of Iran’s ability to sell oil on the world market.

The current US sanctions against Iran strictly limit its ability to sell oil, and Western countries had hoped that an agreement to lift those sanctions would ease the pressure on soaring energy prices as many countries have cut off imports of Russian energy.

European officials also worried that the Russian move would scuttle prospects for the deal entirely, allowing Iran to continue to enrich uranium and move closer to the ability to build a nuclear bomb.

Josep Borrell Fontelles, foreign policy chief of the European Union, which chairs the talks in Vienna, confirmed what he described as a “pause” in the talks “due to external factors.”

“A final text is essentially ready and on the table,” he said in a Twitter message, adding that he would continue to work with negotiators to “overcome the current situation and to close the agreement.”

But Russia, as a signatory to the 2015 nuclear agreement, has tried to use its final approval of the revived Iran deal to open a loophole in the sanctions levied against it since it invaded Ukraine last month.

Russia’s foreign minister, Sergey Lavrov, said Saturday that he wanted a written guarantee that sanctions “launched by the US will not in any way harm our right to free, fully fledged trade and economic and investment cooperation and military-technical cooperation with Iran.”

After a call between Lavrov and his Iranian counterpart, Hossein Amir-Abdollahian, Russia said a restored nuclear deal must “ensure that all its participants have equal rights” to develop “cooperation in all areas” with Iran.

The demand has tangled the Ukraine war with the Iran nuclear talks, two pressing issues that American officials insist are separate.

The sanctions imposed on Russia after the invasion, said Secretary of State Antony Blinken, “have nothing to do with the Iran nuclear deal.” He said they “just are not in any way linked together, so I think that’s irrelevant.”

American and Iranian officials are both eager to renew the deal: Iran desperately needs the lifting of sanctions that have crippled its economy, while the United States wants to restore the original deal’s limits on Iran’s ability to enrich uranium.

Iran has always denied it intends to build a nuclear weapon, but it is now considered to be within just several weeks of creating enough highly enriched uranium to create a bomb, even though it would take many more months to weaponize it.

Iran has criticized the new Russian demands. Amir-Abdollahian told Iranian media Monday that Iran “will not allow any external factor to impact the national interests for removal of the sanctions.”

The spokesman for Iran’s Foreign Ministry, Saeed Khatibzadeh, insisted Friday that “no external factor will affect our joint will to go forward for a collective agreement.” He expressed the hope that the pause could provide “momentum for resolving any remaining issues and a final return” to the deal.

On Tuesday, Britain, France, and Germany urged the completion of the deal. “The window of opportunity is closing,” they said in a statement. “We call on all sides to make the decisions necessary to close this deal now, and on Russia not to add extraneous conditions to its conclusion.’’

But Russia’s intentions are not yet entirely clear.

If Moscow wants guarantees limited to its obligations under the nuclear deal, that can be managed, officials say. If the Russian demand is broader, and includes exemptions from Western financial and trade sanctions, the deal could die.

While Russia is a member of the pact, its approval of a restored deal may not be legally necessary. But China and Iran may not want to proceed without it, and Russia remains a member of the commission that oversees compliance.

“It remains unclear, however,” he added, “if the Russian objective is to delay the deal to undermine the West’s efforts to pressure Russia over Ukraine or to completely scuttle the deal.”

Read the original article on the site of the Boston Globe.