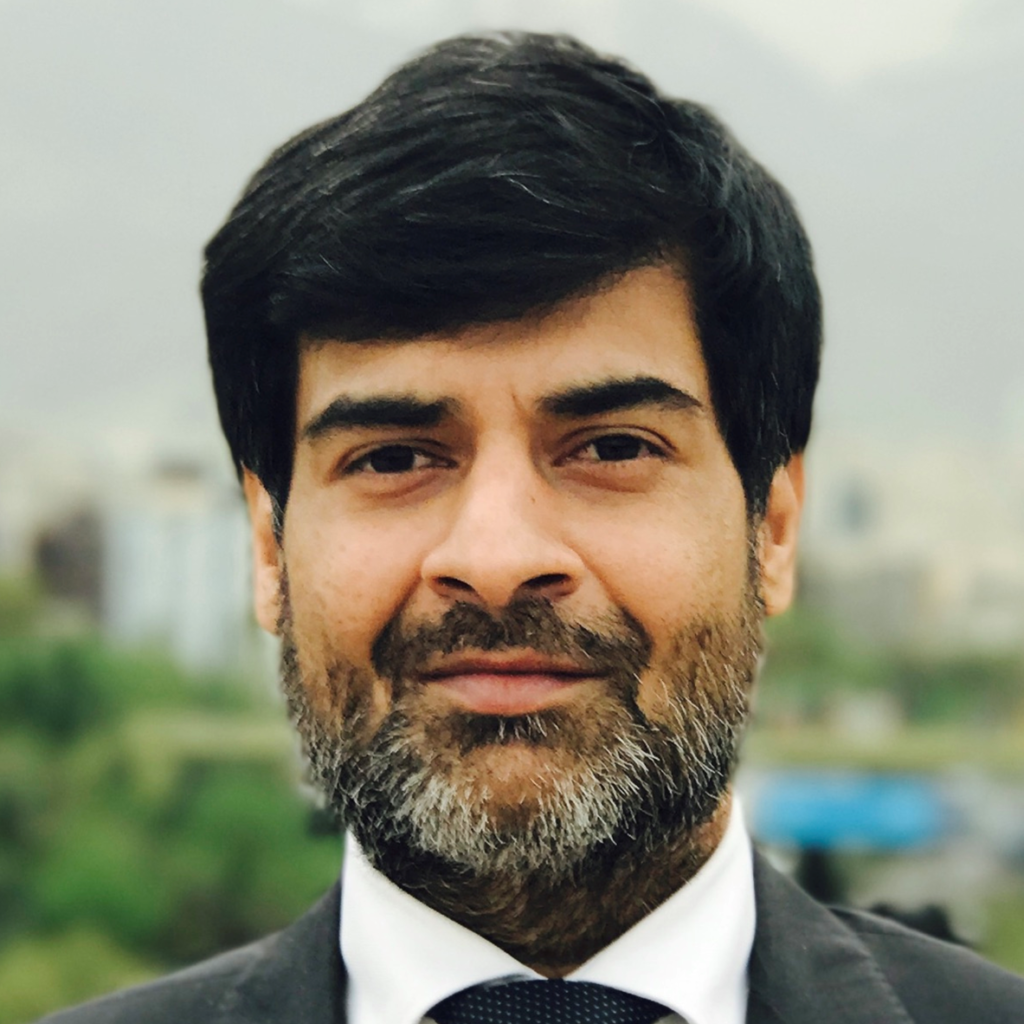 As Britain readies to host the 26th UN Climate Change Conference of the Parties (COP26) in Glasgow in November this year, there is a concerted effort to push countries towards publicly endorsing and adopting ‘Net Zero’—a carbon neutral emission norm—as policy. This is a demand for an inflexible, near-impossible, time-bound agenda to achieve what is no doubt a noble goal. And, as is often the case with climate-related issues, the nobility of intent is at risk of being overwhelmed by sanctimonious hectoring that raises hackles instead of ensuring meaningful participation.

On 3rd March, UN Secretary-General Antonio Guterres took to Twitter to call on governments, private companies and local authorities to immediately initiate three measures to mitigate climate change: Cancel all coal projects in the pipeline; end coal plant financing and invest only in renewable energy; and, jumpstart a global effort to a ‘just transition’ from carbon to non-carbon energy sources.

On the face of it, this was an unexceptionable call from the high priest of the UN to the global laity to rise in support of an important cause. But if we were to scratch the surface of the Secretary-General’s words, we would see that his call was little more than virtue-signalling.

For, there is nothing ‘just’ about the transition that he has sought without delay. Implicit in his call is the immoral proposition to disregard poverty, despair and the yawning development deficit between nations as he places them all on the same plane. Inherent in this approach is the unedifying complicity of global institutions in foisting an arrangement founded in the belief that the poor in the developing world should underwrite the climate mitigation strategy of the developed world. The climate high priests need to realise that depriving the world’s poorest of their aspirations can never be ‘just’ climate action. It can be convenient and, hence, it has much appeal in many quarters.

The climate high priests need to realise that depriving the world’s poorest of their aspirations can never be ‘just’ climate action. It can be convenient and, hence, it has much appeal in many quarters

A waffle-free alternative script for those given to sermonising to the world would focus on three other aspects that may actually lead to faster transitions and more justice. First, an impassioned call to those who control capital—managers of pension, insurance and other funds—to ensure larger amounts of money leave the country of origin and flow to countries of deficit for building sustainable, climate resilient infrastructure of the future. The Climate Policy Initiative has calculated that less than a quarter of climate finance flows across national boundaries; in other words, the overwhelming majority of climate finance is raised for domestic projects. The states expected to disproportionately do more to battle climate change are located in Asia, Africa and Latin America. Yet, they are inadequately funded and financed and cost of capital in these places dampens the scope of action. It would be stressing the obvious to say that the frontline states cannot be expected to engage in this battle without adequate inflow of climate capital at the right price for climate action.

Second, the assessors of risk—the intractable credit rating agencies, the cash-rich central banks and the big boys of New York, London and Paris—who decide how much capital should flow in which direction, should be called upon to recalibrate their risk assessment mechanism. Let it be said, and said bluntly, that objective ‘climate risk’ outweighs subjective ‘political risk’ which prevents the flow of capital to key climate action geographies. Risk must be reassessed objectively. Till then, the highfalutin sermons of the Pontiffs of Climate would be mere lip service, which none among the Climate Laity would bother to take seriously.

Third, and, perhaps, the most ‘just’ proposition the Secretary-General could make, would be a moral directive to all Western nations to shut down coal plants and fossil fuel- based enterprises immediately and entirely abandon carbon-fuelled energy for any purpose. After all, green energy sources need room to grow and space to mature and the OECD nations must allow this at warp speed. It is farcical to deny coal plants to countries that are still struggling to claw their way up the development ladder and demand that they turn carbon neutral while thousands of units and homes belch and blow climate emissions every day in rich economies. What is good for the rich cannot be bad for the poor.

Rich countries have failed to reduce their share of fossil fuel emissions. CSEP’s Rahul Tongia has calculated that the top emitting countries in terms of per capita emissions (nations above the global average emissions) still account for about 80 per cent of global Fossil CO2.  He further explains that the absolute emissions of these countries are rising even when measured in 2019. The rich took more than their fair share historically, and are still doing so. Any ‘Just Transition’ must involve evicting the squatters occupying carbon space to the detriment of others. Buying this space from the poorer is not ‘just’; it is another perverse business model based on extraction and mercantilism of centuries past.

Any ‘Just Transition’ must involve evicting the squatters occupying carbon space to the detriment of others. Buying this space from the poorer is not ‘just’; it is another perverse business model based on extraction and mercantilism of centuries past

In the run-up to COP26 at Glasgow, we are witnessing a new passion play of countries making a dramatic show of embracing the idea of Net Zero economies in the coming decades. The script of this passion play draws on starkly evocative narratives that seek to catalyse action through theatrical terms such as ‘climate emergency’. From appropriating the voice of the powerless to acquire legitimacy and crafting compelling narratives through a new cohort of well-funded ambassadors to push the envelope on climate change policy approaches, we are seeing varied actors engaging with climate issues in different ways. These different efforts have a common design, the economic objective of socialising the cost of climate action and making the poor carry the can for the rich.

That said, some facts are irrefutable. The last decade has been the warmest in recorded human history and its effects are visible to all. In February this year, an iceberg larger than New York City broke off the frozen Antarctic  and my just be a prelude to what lies ahead. Indeed, the possibility of the Arctic turning into a benign waterway in the near future can no longer be ruled out. It would require extraordinary un-intelligence to argue that global warming and its fallout can be mitigated by business-as-usual decision-making. But even as there is trans-world consensus on climate change and its impact, many would and must disagree on the proposed burden-sharing and distribution of responsibilities as we respond as a collective.

India will be significantly affected by climate change in the coming decades. It is already feeling the heat and is combatting challenges from its mountains to its coasts due to shifting weather cycles and changing climate. It needs clearheaded policies, backed by political will, on this single most important issue that will impact its growth, its stability and the very integrity of its geography comprising a multitude of topographies.

This is happening at a moment when India is poised to exit the low-income orbit and take off on a trajectory towards becoming a middle-income country. Its journey from a US $3 trillion economy to a US $10 trillion economy coincides with ongoing climate action, polarising climate debate and climate-impacted economics. India can neither isolate itself from this reality, nor can it be reticent or timid in making its choices known to the world. India cannot be a receiver of decisions made elsewhere; it has to be on the high table, co-authoring decisions implicating its future.

For India, the moment offers three opportunities in these challenging times. First, India has to prepare itself through its policies, politics and internal rearrangements to seize and realise the single biggest global opportunity of leading a global effort to mitigate emissions of the future. The IEA, in its India Energy Outlook 2021 Report, estimates that India’s emissions could rise as much as 50 percent by 2040—the largest of any country, in which case India would trail behind only China in terms carbon dioxide emissions. This need not happen and is an opportunity for India and the World.

India must grab this chance to lower its future emissions through the right investments, technologies and global partnerships. The developed world, too, must make a matching response: Just like the Marshall Plan invested billions to rebuild post-War Europe with Germany at its heart, a new age Climate Marshall Plan must see India at its core. India must prepare and offer itself as the single biggest climate mitigation opportunity for the world and the most important green investment destination.

The developed world, too, must make a matching response: Just like the Marshall Plan invested billions to rebuild post-War Europe with Germany at its heart, a new age Climate Marshall Plan must see India at its core

Second, neither the world nor India should forget the dictum that on climate, India solves for the world. The solutions that India experiments with and implements successfully will be fit to be repurposed for other developing countries with similar geo-topographical conditions and economic sensitivities. Many of them are frontline countries in the climate battle.

India can and must become the hub of climate action for this decade and beyond, offering services, technology and infrastructure through climate supply chains that span the developing world. The International Solar Alliance is just a modest beginning. The future holds multiple opportunities. The country must lead the charge through building financial institutions that will support and sustain green transitions and helping create green workforces fit for purpose for the coming decades, amongst others.

Third, as India celebrates 75 years of its independence in 2022 and leads the G20 in 2023, it has the chance to make its most significant identity shift. India moved from being a British colonial state to a free nation in 1947, and then moved from being perceived as a land of snake-charmers to becoming an internationally acknowledged technology hub at the turn of the century. This decade offers the chance for it to emerge first as aUS $5 trillion and then as aUS $10 trillion economy that will be green and low carbon in its evolution – the first large green economy of the fourth industrial revolution.

India’s expectations from Glasgow COP26 should be uncluttered—its single purpose must be to catalyse global flows and investments to India and other emerging economies. If India fails to attract investments, the markets will clearly have not signed on to the climate agenda. In this effort, India needs a leg-up from the Climate Pontiffs.

Perpetuation of global poverty and low incomes cannot be the rich world’s climate mitigation strategy. ‘Net Zero’ should not seek this end state. On the contrary, investing in the emerging world’s green transition is the only way to build a ‘just’ world. The UN Secretary-General could help ensure that the largest pool of new money flows to where the climate battle will be fought—in India and in the emerging world. That would be a just transition and an efficient one.