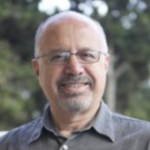 Shibley Telhami is the Anwar Sadat Professor for Peace and Development and Director of the Critical Issues Poll at the University of Maryland and a nonresident senior fellow at the Brookings Institution. He has been active in the foreign policy arena, advising every U.S. administration from George H. W. Bush to Barack Obama. Among his publications are his best-selling book, The Stakes: America and the Middle East (2003); Power and Leadership in International Bargaining: The Path to the Camp David Accords (1990); The Peace Puzzle: America’s Quest for Arab-Israeli Peace, 1989-2011, co-authored with Dan Kurtzer, et al. (2013); and The World Through Arab Eyes: Arab Public Opinion and the Reshaping of the Middle East (2013). He was selected by the Carnegie Corporation of New York with The New York Times as one of the “Great Immigrants” for 2013 and he was selected as a University of Maryland 2018-2019 Distinguished Scholar-Teacher.