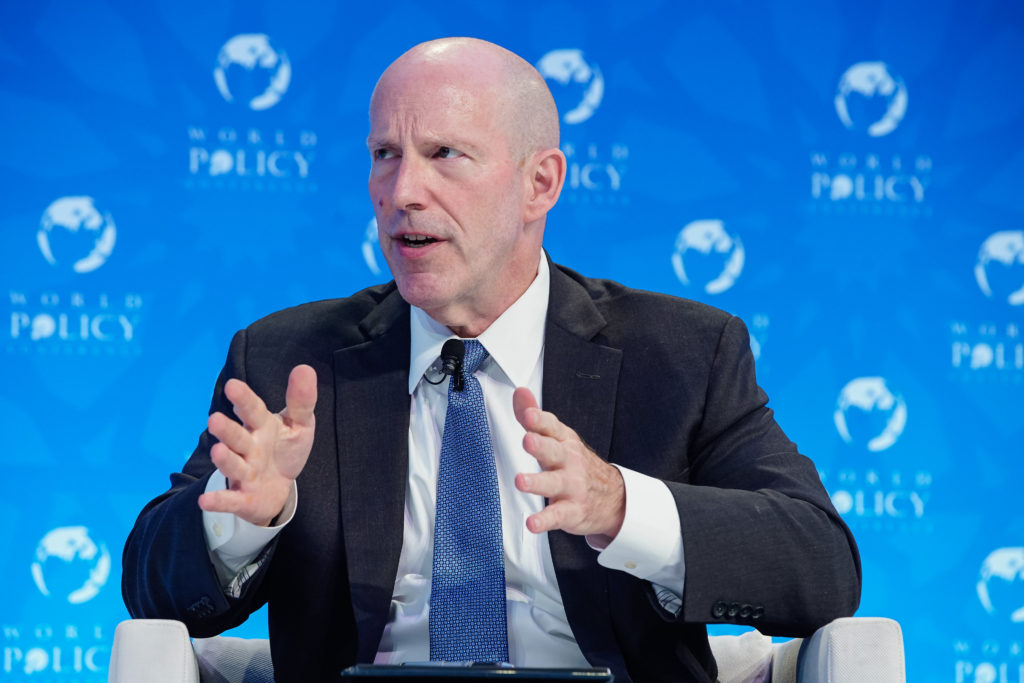 HONOLULU (8 June 2020)—North Korea’s response to the COVID-19 pandemic is oddly reminiscent of the catastrophic famine that overtook the country in the 1990s. Then as now, the onset and severity of the famine caught the North Korean leadership unawares, and their first response was to deny that a problem existed. A look back at how the response played out after the initial denial offers some clues as to how the current regime may respond to the COVID-19 crisis today.

In the 1990s as now, North Korea’s political culture discouraged low-level officials from communicating distress to those higher up. Although food-insecurity problems were already emerging in the late 1980s, it may not have been until 1993, when North Korean leader Kim Il-sung’s guerrilla colleague Kang Song-san went directly to the Great Leader with firsthand evidence of the famine, that the leadership began to understand how badly things were going. Even then, North Korea made only hesitant appeals to the outside world for assistance, underplaying the severity of the problem.

Eventually the government reversed course and began exaggerating the distress in order to obtain aid. At the same time, however, North Korea ferociously contested the terms on which aid would be provided, insisting on practices that violated the basic principles of humanitarian assistance. The number of aid workers was limited, their ability to travel was severely restricted, and the government even banned aid workers who spoke Korean. Relief agencies were hobbled in their ability to evaluate need and ensure that relief supplies reached the intended recipients.

At its peak, food aid, in principle, fed one-third of the population, but the North Koreans made offsetting cuts to commercial food imports rather than expanding overall food availability. Freed-up funds were directed to other priorities, including the military.

Parallels with the pandemic

North Korea’s political culture still inhibits the communication of bad news, and it is notable that the government claims that there are no COVID-19 cases despite a variety of indicators that would suggest otherwise. There are unconfirmed rumors of outbreaks, observable disruptions in normal behavior—events cancelled, the wearing of masks, and Kim Jong-un’s disappearance—all possibly undertaken as precautionary measures. General Robert A. Abrams, commander of US Forces Korea has publicly stated that there are COVID-19 cases in North Korea, although he did not disclose his sources of information.

Pyongyang suspended foreign tourism on 21 January and has largely closed its border with China, its major trading partner. Prices are rising, and deprived of revenues from trade, the government appears to be attempting to confiscate foreign exchange, reminiscent of a 2009 botched currency reform.

Despite the decline in trade and all the bad news, the value of the North Korean won is rising on the black market as citizens, fearing expropriation, dump their foreign exchange to purchase physical goods as a store of value. This economic dislocation could be expected to intensify popular discontent, but there appears to be no civil-society organizations capable of channeling mass discontent into effective political action.

The fact that North Korea claims it has no cases of COVID-19 means that appeals for assistance are by necessity tepid and elicit little outside support. China is surreptitiously providing aid, and if Chinese support proves inadequate, it is possible that North Korea might reverse course and exaggerate distress as it did during the famine. The scope is considerable— according to a widely cited study from Imperial College, London, COVID-19 might kill 150,000 North Koreans if left unchecked. This would be equivalent to 1.9 million Americans.

What role for South Korea?

North Korean behavior puts South Korea in a difficult position. Understandably South Korea sees itself as central to events on the Korean peninsula, and the current pandemic would seem to be an ideal venue for North-South cooperation.

But Pyongyang has consistently tried to marginalize Seoul. At the outset of the famine, it secured aid from Tokyo before turning to Seoul. And in 1995, when the first shipload of South Korean rice was sent north, the North Korean authorities, in contravention of an agreement, forced the ship to fly a North Korean flag.

The inter-Korean relationship has always been embedded in broader international politics, and in the 1990s the North Koreans proved adept at splitting coalitions and playing donors off against each other. Washington and Seoul were generally in step in the 1990s, but the gap widened when George W. Bush assumed the American presidency, which coincided with a period of progressive leadership in Seoul.

In light of this history, what might we expect today?

Seoul will see itself as central to the situation and seek to promote its interests. Pyongyang will prioritize relations with other powers such as China, and possibly the United States, in an attempt to marginalize Seoul. It is likely that the North Koreans will try to play donors off against each other and play on South Korean insecurities, especially regarding Chinese influence on the Korean peninsula.

As in the 1990s, the North Koreans will likely exhibit a predilection for material aid—such as medical equipment that can be portrayed internally as a kind of political tribute to the Kim regime—over technical assistance. In particular, the North Koreans will be loath to appear to be taking advice from their South Korean counterparts.

And what about international sanctions?

Today, the pandemic is occurring against a backdrop of comprehensive multilateral sanctions against North Korea, undertaken in response to its missile and nuclear tests. North Korea is rightly being given sanctions exemptions for humanitarian assistance, but any broader relaxation of sanctions is likely to be controversial.

Even before the COVID-19 crisis, some countries were displaying “sanctions fatigue,” showing a lack of enthusiasm about enforcement and quietly tolerating sanctions evasion. This trend is reinforced by evident frustration with the inconsistent diplomacy emanating from Washington. The pandemic is likely to weaken further diplomatic support for the sanctions regime.

History does not repeat itself, but it would not be surprising if many of the same tendencies, witnessed 25 years ago, emerged in the coming months. Recent reports of the demise of North Korean leader Kim Jong-un turned out to be false, but they serve as a reminder of dangerous information gaps, unresolved tensions, and the potential for instability on the Korean peninsula.