Sorry, this entry is only available in French. For the sake of viewer convenience, the content is shown below in the alternative language. You may click the link to switch the active language. 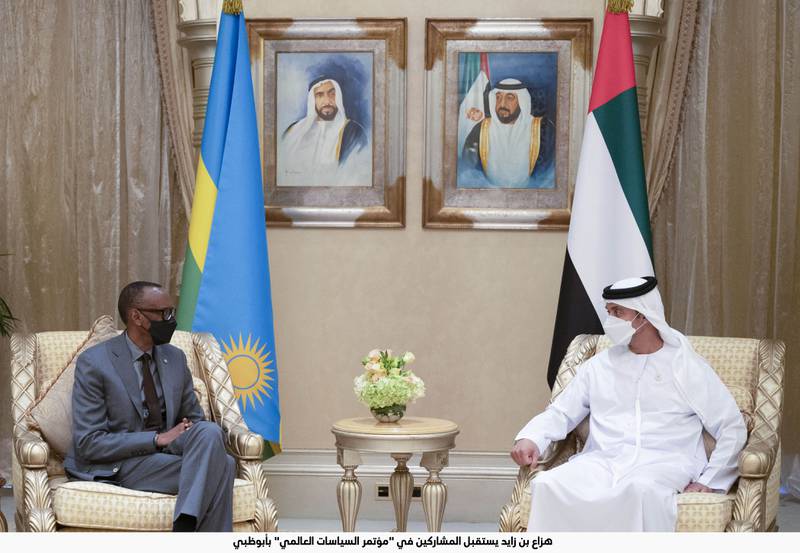 UAE ministers and officials have taken part in the World Policy Conference hosted in Abu Dhabi.

The conference brings together decision makers and academics from more than 40 countries.

It is the first time the event has been held in the UAE and attendees took the opportunity to share geographical, cultural and economic priorities of the country, Wam state news agency reported.

Participating on behalf of the Emirates were Dr Anwar Gargash, diplomatic adviser to the President, Sheikh Khalifa, and other senior officials.

Dr Gargash spoke about regional and international challenges in a discussion with the event’s founder on Saturday.

“The UAE is exerting all efforts to maintain dialogue between states.

“The Abraham Accords are emblematic of this. The Accords have been a success in breaking the psychological barrier to peace and strengthening the economic and people-to-people benefits that all can reap.” Dr Gargash added that the UAE has historically played the role of mediator and facilitator.

“Our priority is on maintaining the fabric of trust in the international community in order to encourage positive engagement between states,” he said.

Sheikh Shakhbut participated in a workshop on Africa on Saturday, reviewing the UAE’s partnerships throughout the continent.

Speaking of the ways the country has expanded economic and political relations with African states in recent years, Sheikh Shakhbut said there was excitement to enter stronger partnerships in the post Covid-19 era.

“We understand that the only way to achieve this is through dialogue, open channels of communication, the exchange of information and knowledge, and above all, the development of strategic partnerships that are mutually beneficial,” he said.

Ms Al Hashimy attended the conference online and took time to mention the UAE’s hosting of Expo 2020 in Dubai.

“I am proud to share with you all that [Thursday’s] opening of Expo 2020 Dubai was one that exemplified the years of hard work and aspirations of the UAE and all participating countries and organisations,” she said.

“With 192 participating countries, Expo 2020 Dubai will act as a global platform dedicated to bringing people, nations, and communities together to build bridges, enable action, and inspire real-life solutions to real-world challenges for the first time since the beginning of the pandemic.”

The crisis in Afghanistan was also discussed on the last day of the conference, with Mr Al Zaabi reviewing the UAE’s involvement in addressing the situation.

“The historic importance of Afghanistan cannot be understated, nor can its impact on the regional climate for security and stability.”

It was the 14th edition of the conference, having been founded in 2008 by the chairman of the French Institute of International Relations, Thierry de Montbrial.

Read the article on The National