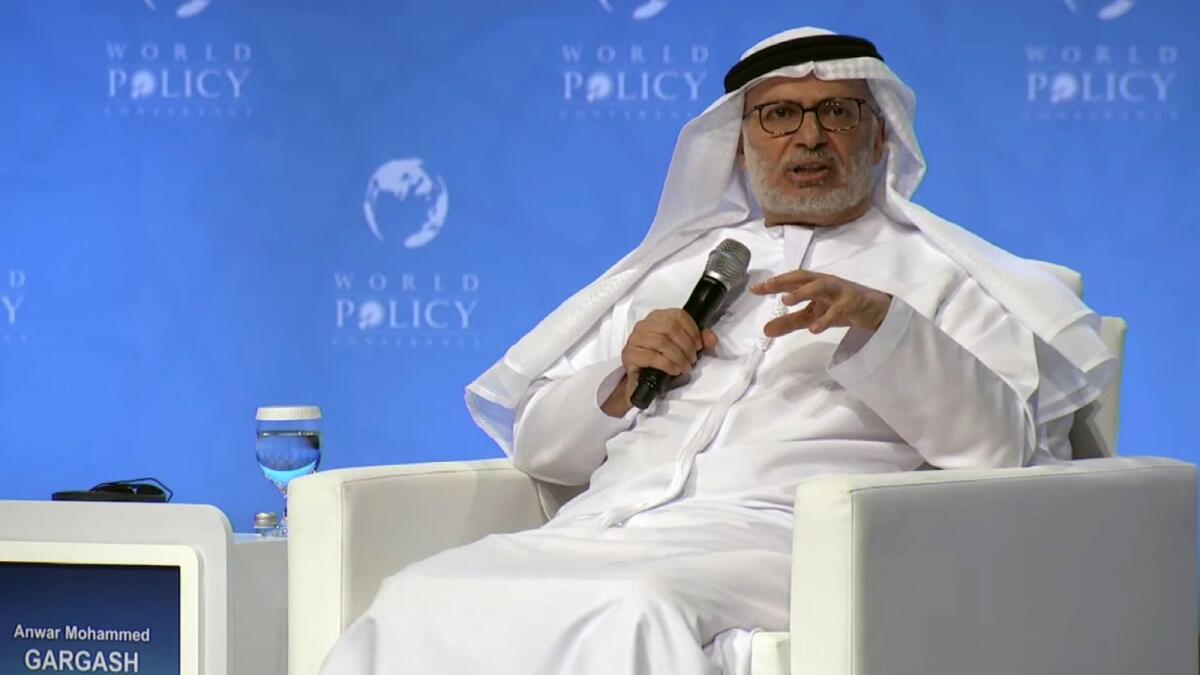 Communication is the way forward, not confrontation, he said.

The UAE has been playing a constructive role in de-escalating tensions between countries, said Dr Anwar bin Mohammed Gargash, Diplomatic Adviser to the UAE President.

“I remember the confrontation between India and Pakistan, a couple of years ago…We were on a trip with His Highness Sheikh Mohamed bin Zayed. Sheikh Mohamed understands that the issues between India and Pakistan are deep historical issues, and they are very emotional and very emotive, etc. But he can do one thing and that’s what he did. He called Prime Minister Modi and Prime Minister Khan and spoke to them as a friend and urged de-escalation without really going to the core issue,” said Gargash.

He pointed out that the world is worried about a looming US-China cold war.

“And I think for countries, like all of us here present in this hall, that is bad news for all of us, because the idea of choosing is problematic in the international system,” he said during a plenary session.

He said the UAE’s concern extends beyond the US-China issue, which impacts its other partners.

“The UAE has core economic and strategic relations with India, Korea and Japan. And all these three countries have their own rivalries and problems with China. So, it’s not only recalibrating Chinese-American relations but many other relations. For a country like us, our size, we are very concerned about this looming cold war. I hope we don’t get to that. Although realistically, all the signals are not very encouraging.”

Talking about the regional level, Gargash said the areas of potential confrontation are still present.

He added: “We need to manage our region better, because there is a vacuum. And wherever there is a vacuum, there is trouble. So, it is essential for us that we avoid vacuums, talk and communicate. And to understand that talking and communicating don’t necessarily mean that we will change certain policies but we do need this de-escalation.”

Read the article on the Khaleej Times