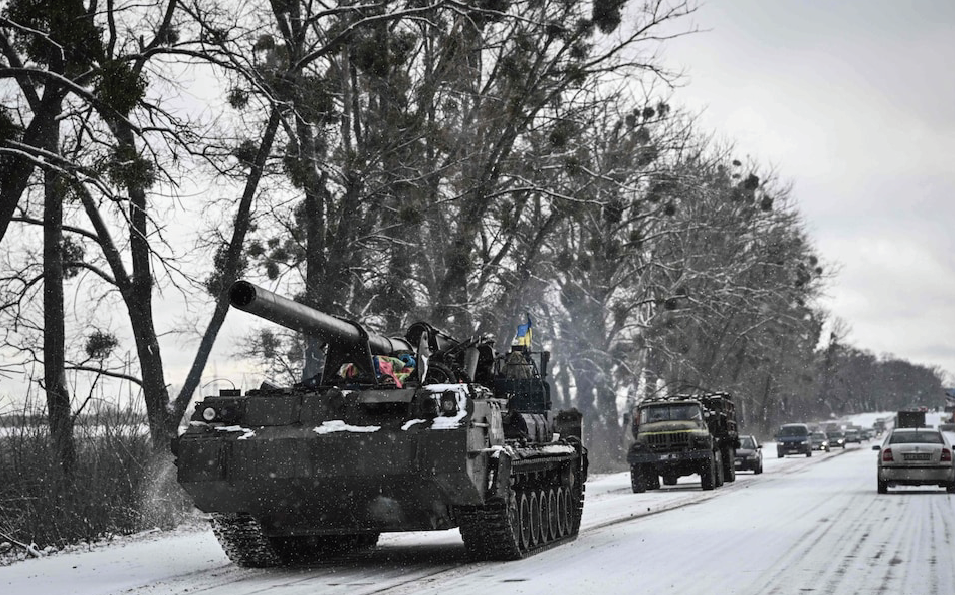 The conflct may threaten the supply of HIV and tuberculosis medicines CREDIT: ARIS MESSINIS /AFP

It is no surprise that the World Health Organization (WHO) is calling for oxygen and critical medical supplies to safely reach those who need them in Ukraine and moving to establish safe transit for shipments through Poland. But nor is the call new. We`ve been here before.
Russian annexation of Crimea and the conflict in the Donetsk and Luhansk oblasts of Eastern Ukraine in 2014 threatened the supply of HIV and tuberculosis medicines. Fragile trans-internal border eRorts and Snancing by the Global Fund to Fight Aids, Tuberculosis and Malaria allowed the continued supply of the medicines in the separatist territories despite the conFict during the last eight years.
One has to assume that should Russia occupy new Ukraine territories, the challenges to guarantee people living with tuberculosis and HIV access to those drugs will be just as great, high risk, if not already lost. The separatist authorities in the Donbass and the Russian administration in Crimea also abruptly stopped opioid agonist therapy (OAT) for people who inject drugs, which resulted in much suRering and deaths from overdose and suicide.
NGOs working with aRected communities in Donbass were basically closed down. Decades of Sghting HIV and tuberculosis have taught us just how critical civil society, community leadership and human rights are to ending those diseases.

The Russian Federation refuses to countenance OAT as a harm reduction measure to reduce the risk of HIV transmission through shared needles. Ukraine on the other hand, is a notable champion of harm reduction, including OAT and needle exchange programs.
This matters greatly in eastern Europe and central Asia which continues to be home to the fastest growing HIV epidemic in the world.
Some 1.6 million people are living with HIV in the region (with Russia accounting for 70 per cent) and around 146,000 are newly infected each year. Drug use accounts for around 50 per cent of new infections but unprotected sex is set to become the main driver in the coming years.

As health systems collapse and treatment and prevention services are interrupted, mortality from HIV, tuberculosis, multi-drug resistant tuberculosis and Covid-19 will readily increase in Ukraine. Hundreds of thousands of people are internally displaced and cities such as Lviv are running short of medicines and medical supplies.
Scarily, the fallout of the invasion will also go beyond Ukraine: over a million refugees have already Fed for their lives. The impact of this will be felt across border towns and areas in central Europe whose response to tuberculosis, HIV and more recently Covid-19, has been fragile.
Border locations and neighboring countries will have to anticipate and address an avalanche of new health needs. We are at an impasse: international cooperation and solidarity towards the Eastern European region has not been a strong feature of the last two years of the global pandemic response.
The arrival of WHO health supplies and the formation of a safe corridor for refugees are fragments of good news in this unfolding tragedy, but we need so much more.
Health systems and facilities must be protected, be functional, safe and accessible to all who need essential medical services, and health workers must be protected.

Read the original article on the site of The Telegraph.