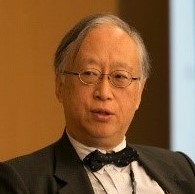 Professor of International Political Economy and Dean at the School of International Communication, Kansai University of International Studies since April 2019. Prior to that, he taught at Keio University (2005-2019). He also served as Deputy-Director General of the Economic Affairs Bureau in the Ministry of Foreign Affairs of Japan (2002-2004) and then Special Assistant to the Japanese Foreign Minister in 2004. He had a major role in different Economic Partnership Agreements (EPA) such as the Japan-Mexico EPA, Japan-EU EPA and the Japan-India EPA. Prof. Watanabe currently serves on the Panel on Brexit issues organized by the KEIDANREN (The Japanese Federation of Economic Organizations).