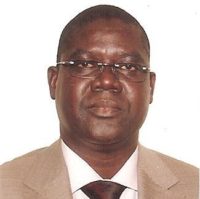 Ambassador of Burkina Faso in Morocco. A magistrate by training, Ambassador KOTE Zakalia has held several positions in the courts (Prosecutor, President of the Court) and in the judicial administration (Directorate of Studies and Planning). He was Director of Cabinet of the Minister of Foreign Affairs (March 1999 – January 2006), Secretary-General of the Government and the Council of Ministers (January 2006 – May 2007), Minister of Justice Keeper of the Seals (May 2007 – January 2011). He was President of Chamber at the Court of Auditors until his appointment as Ambassador in Rabat (October 2016).