The world is split into three major political blocs, with “neutral” powers like India and Turkey gaining influence by playing the two old camps, Western and Russia-China, off against each other.

TOKYO — Japan is one of the major powers that is least sensitive to changes in the world order, thanks to its “privileged” U.S. protection from foreign aggression, and it continues to develop its security policy on the assumption that the U.S.-led global order will continue.

This is by no means misguided, but recent geopolitical developments have made a coolheaded reassessment of the long-term viability of the U.S.-centric order more urgent than ever.

Roughly four months after Russia invaded Ukraine on Feb. 24, it has become clear that the postwar order built on Washington’s leadership is on the verge of collapse. There is no dearth of facts to support this view. When the United Nations voted on a resolution to strip Russia of its seat on the Human Rights Council on April 7, 100 countries either voted against, abstained or did not vote, versus 93 nations that voted in favor.

According to the Economist Intelligent Unit, as of March 30, countries that have joined the international sanctions against Russia, or at least criticized it for its aggression against Ukraine, account for just 36% of the world’s population. Most are Western democracies.

Meanwhile, 64% of the world’s people live in countries that are either neutral on the conflict in Ukraine or have expressed “understanding” or “support” for Russia. The neutrals make up 32% of the global population and include India, Brazil and South Africa. The rest, the pro-Russian camp, includes China and Iran. A tally shows the results of a vote to remove Russia from the United Nations Human Rights Council during an emergency session of the U.N. General Assembly on April 7.    © Reuters

The leaders of major Western democracies, including U.S. President Joe Biden, like to say the world is united in denouncing Russia’s aggression, but that is obviously not the case. This reality was highlighted by the Shangri-La Dialogue, Asia’s premier defense summit, held on June 10-12 in Singapore.

Japanese Prime Minister Fumio Kishida denounced Russia’s aggression against Ukraine, as did defense ministers from Japan, the U.S., South Korea and Australia. All of them warned of China’s increasingly assertive military behavior, calling for unity to counter what they see as a Chinese threat.

But their criticism of Moscow and Beijing was not echoed by many countries in Southeast Asia or the South Pacific. Indonesian Defense Minister Prabowo Subianto said his country has healthy ties with Russia, which he described as “a very good friend.” He also called China its close partner.

Malaysian Defense Minister Hishammuddin Hussein made clear his country’s neutral position, while his Fijian counterpart, Inia Seruiratu, said the island nation will try to reap benefits from its relations with all countries, including China. 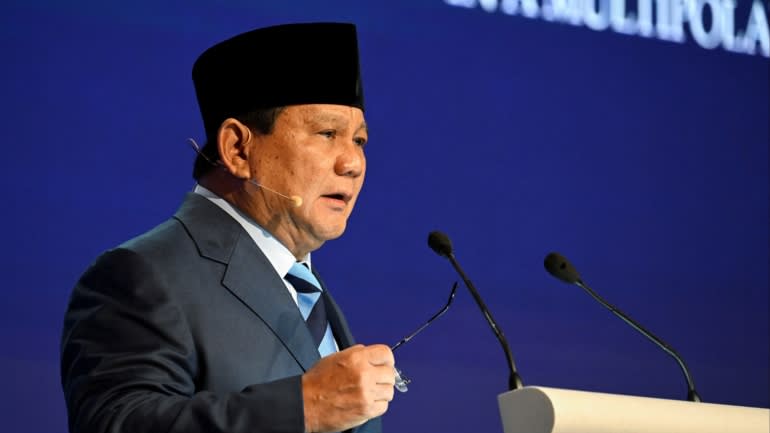 Such remarks would have been unthinkable in a world where the U.S. was securely in charge. Many participants from Southeast Asia and India at the conference said U.S. leadership has been in steady decline for around 10 years, with many citing the following events:

In August 2012, then-U.S. President Barack Obama warned his Syrian counterpart, Bashar al-Assad, that the use of chemical weapons would cross a “red line” and invite U.S. intervention. Undeterred, Syrian forces killed hundreds of people with sarin gas the following year. Obama did not respond. Also in 2013, Obama declared the U.S. would no longer act as “the world’s policeman.” He took no action to stop the Russian annexation of Crimea in 2014 or to prevent China from building military bases in the South China Sea.

In hopes of further undermining U.S. influence, Moscow has been stepping up its pressure on Asia. For example, it has threatened to halt shipments of arms components to Southeast Asian nations if they back the Western condemnation of Russia’s “special military operation” in Ukraine, according to one diplomatic source in the region.

Russia is Southeast Asia’s largest arms supplier. According to the Stockholm International Peace Research Institute, Russia sold some $10.9 billion of weapons to countries in the region between 2000 and 2021, more than the U.S. did.

Big buyers of Russian arms, especially Vietnam, Malaysia and Indonesia, would have trouble operating their militaries if Russia were to cut them off. It is safe to assume that Moscow is applying similar pressure to countries in the Middle East and Africa that rely on Russian military equipment.

China is using not just diplomatic pressure but also economic aid and investment to win over developing countries.

These development point to the end of the U.S.-led world order and its replacement not by a world without poles, or “G-zero,” as some experts have predicted, but by a tripolar world where three blocs of nations compete for global influence.

The first group consists of Western and Asian democracies, such as the U.S., the European Union, Japan, South Korea, Australia, Britain and Canada. The second bloc comprises China, Russia, Iran, North Korea and other authoritarian countries. The third is a loose coalition of “neutral” nations not allied with either the West or the China-Russia bloc. This camp includes India, South Africa, Indonesia, Turkey and Brazil.

As the confrontation between the “West” — including its Asian members — and the China-Russia bloc intensifies, the neutrals sense an opportunity to expand their influence through a careful balancing act. Encouraged by their success, large countries in this third group, such as India and Turkey, are now more actively pursuing their own agendas. Turkey, for instance, brokered peace talks between Russia and Ukraine, then held a foreign ministers meeting with Britain on June 23 to explore ways of ending Russia’s blockade of Black Sea ports.

India, for its part, has stepped up its imports of Russian oil since March, but at the same time is working with Japan, the U.S. and Australia as part of the Quad group to counter China’s expansion.

As many of these “neutral” nations do not rely on a security alliance with any leading power, they eschew grand statements of principle, tending to focus on narrower interests. This makes it harder for them to stay as united on any given issue as either the Western democracies or the China-Russia alliance.

Leading Western powers need to bring these fence-sitters to their side and restore the status quo. But doing so will not be easy. To have a hope of success, Western countries must identify the needs of these nations and patiently build relationships with them based on mutual interest. The West may not have much choice: China is set to engage in diplomatic efforts with the same goal in mind.